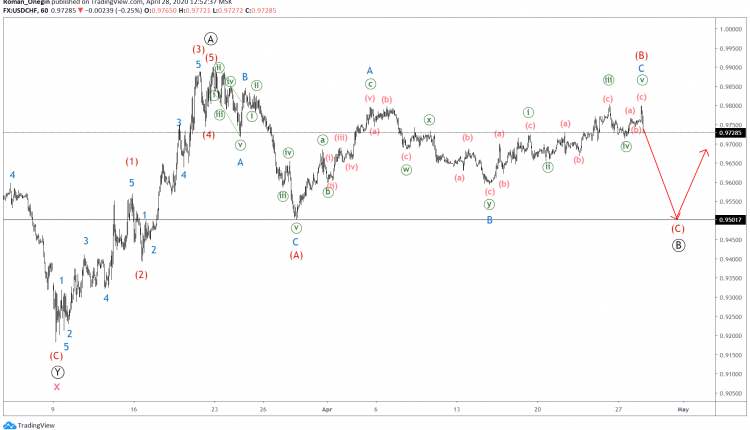 The USDCHF structure suggests we are on a bullish zigzag consisting of the primary waves Ⓐ-Ⓑ-Ⓒ.

At the time of writing, the market is down in correction wave Ⓑ. Wave Ⓑ resembles a flat pattern that consists of intermediate sub-waves (A)-(B)-(C).

Wave (A) is a simple zigzag, however, wave (B) resembles a flat too. Now completed at the minor wave A’s top, we can expect the market to decline in the impulse wave (C) near wave (A)’s low at 0.9501. 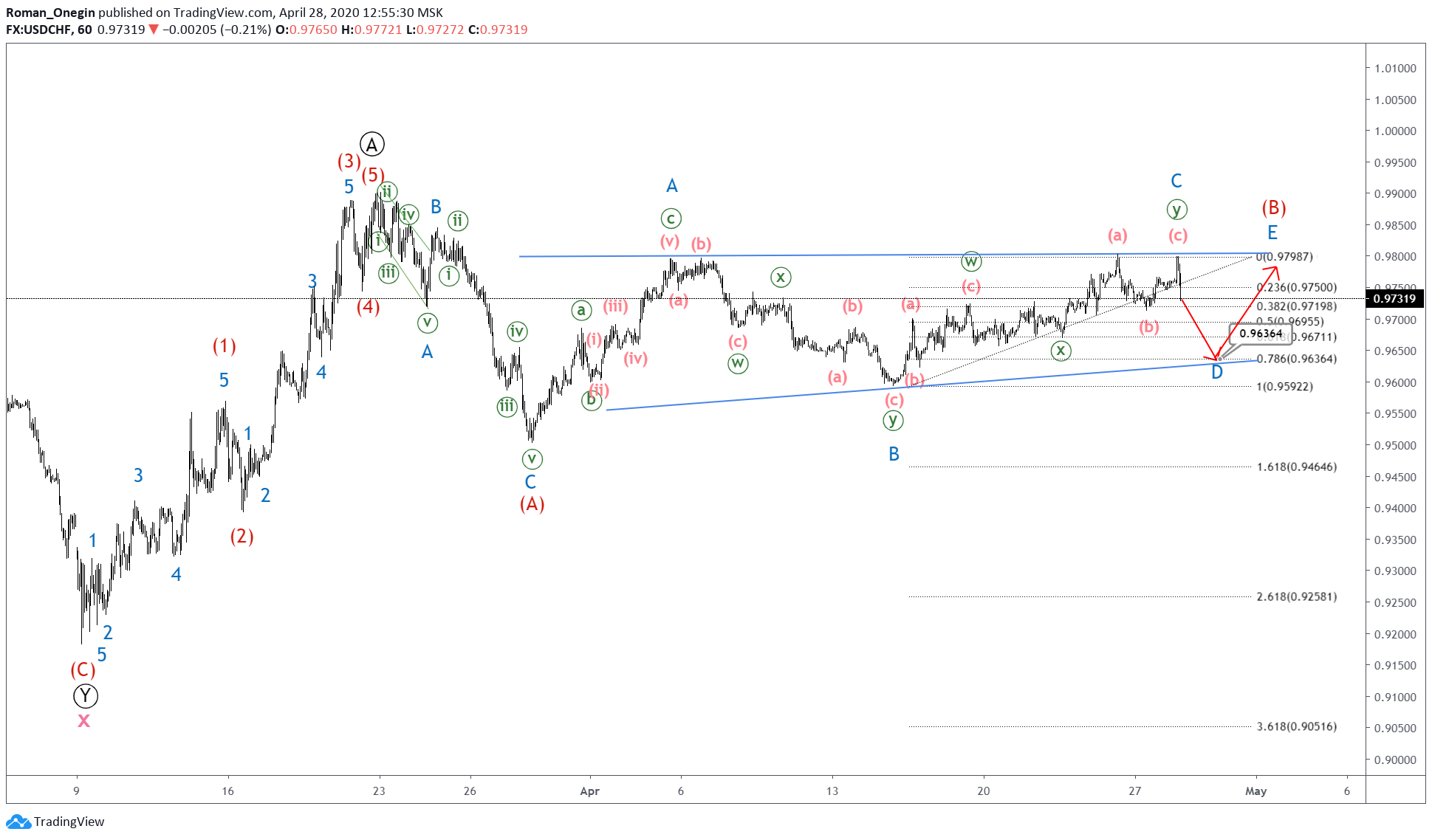 However, we can also expect wave (B) to turn into a triangle. Chances of this pattern forming will increase if a potential fall in prices receives a bounce near the 0.9636 level.

The decline to the said level in this alternative scenario can be expected to complete wave D of the minor-degree triangle. It would then move up in wave E.

Note that the 78.6% Fibonacci retracement of wave C was used to estimate wave D’s level. This is the closest level the ascending bottom trendline of the triangle can be expected to intersect with prices.

Test your strategy on how the CHF will fare with Orbex - Open Your Account Now.
analysis_enUSDCHF
0 387
Share FacebookTwitterGoogle+LinkedinPinterestTelegramWhatsAppEmailPrint

EURUSD recovers but remains within range