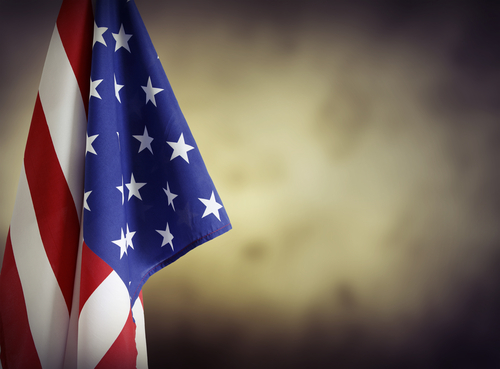 The economic data over the week was supportive of the fact that the U.S. economy may have advanced at a strong pace in the second quarter of the year.

Reports over the week included the retail sales figures and industrial production numbers.

Data from the U.S. Department of Commerce showed that retail sales got a boost from consumer spending in the month of June. The data underpinned a strong quarter of solid retail sales which is expected to ramp up the GDP figures for the period.

The retail sales, which measures the spending at stores, websites and restaurants were seen rising 0.5% on the month in June. This was in line with the median forecasts.

On the downside, sales at department stores fell 1.8% marking the biggest decline on a monthly basis in nearly two years. However, this was attributed due to increased online shopping. Excluding gasoline and auto spending, retail sales increased 0.3% on the month since May. Excluding motor vehicle and auto part sales, retail sales rose 0.4% which beat estimates of a 0.3% increase.

Consumer spending was seen to have increased strongly during the month. The second quarter retail sales showed an average of 1.9% increase compared to the first quarter.

Compared to the same period a year ago, retail sales increased 5.9%, marking a healthy consumer market led by increased demand. This was higher than the median forecasts of a 4.9% increase.

The gains in industrial production came as mining output increased 1.2% which was offset by a dip in utilities.

Manufacturing sector which excludes the mining and utility sector was seen rising 0.8% in June while auto production advance 7.7%.

The capacity utilization rate was also seen inching higher to 78.0% in June, up from 77.7% the month before.

The release of the retail sales report boosted prospects that the U.S. economy could be experiencing one of the strongest paces of growth during the second quarter. Economists forecast that the U.S. economy increased 4.0% in the three months ending June. This marks the highest pace of increase since the third quarter of 2014. The U.S. labor market was also seen holding steady as of June despite the unemployment rate ticking higher due to an increase in the number of people looking for work.

Various forward GDP trackers also indicated a similar pace of increase. The Atlanta Fed’s GDPNow model was seen showing an estimate of 4.5% for the second quarter.

While it is anyone guess on the actual figures, the data underlines the fact that the U.S. economy is certainly expected to post higher numbers for growth during the period. This is only expected to further cement expectations of a Fed rate hike at the September monetary policy meeting.

The Fed Chair, Jerome Powell gave his two-day testimony to the U.S. Senate Banking Committee where he sounded optimistic on the U.S. growth prospects. He had however cautioned that the uncertainty stemming out for the trade wars could remain a major concern for growth.