USD rebounds ahead of FOMC minutes due this week 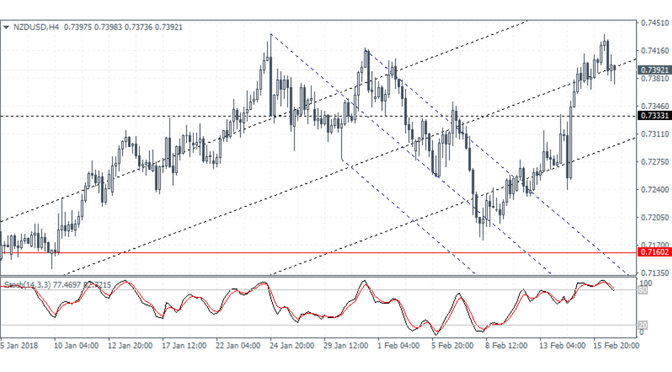 The U.S. dollar posted a rebound on Friday after briefly slipping sending most of the other major currencies to post fresh highs. However, the declines were short lived as the dollar managed to reverse the levels. The FOMC meeting minutes will be released on Wednesday and the markets are anticipating that the Fed could hike rates as early as March.

On the economic front, data from the UK showed that retail sales rose only 0.1% on the month missing estimates of a 0.5% increase. The previous month’s data was revised slightly higher to show a 1.4% decline. Data on Friday was mostly dominated by the U.S. housing data. Building permits, housing starts posted modest gains while the import prices rose 1.0% on the month.

Looking ahead, the economic data is light with the U.S. markets closed due to a bank holiday. Eurozone current account data is due during the day while the Bank of England Governor Mark Carney will be speaking later in the evening.

New Zealand will be reporting its PPI numbers towards the close.

NZDUSD (0.7392): Price action in the New Zealand dollar looks somewhat similar to most of the other major currency pairs. After posting a fresh high, NZDUSD has also formed a double top pattern at the highs. This could suggest a near term decline. As a result, NZDUSD could be seen testing 0.7333 where support could be tested after it previously failed as resistance. But in the event that this support fails, then NZDUSD could be pulling back to post further downside correction. Support at 0.7160 is likely to be tested.

How To Manage Your Risk on A Friday