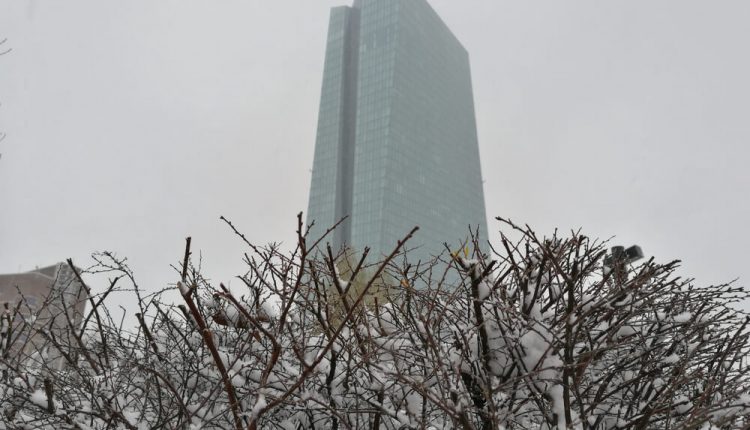 And so begins the January ECB Monetary Policy meeting. The European Central Bank will be holding its first monetary policy meeting of the year this week on Thursday. Heading into the meeting, economists are clearly divided on how the ECB will respond, especially to the exchange rate.

The euro regained its bullish momentum few weeks ago after the ECB’s December monetary policy meeting minutes were released. According to the minutes, ECB officials were discussing on changing the language on its forward guidance.

The central bank maintained a dovish to a balance stand at its December meeting. The fact that officials talked about changing the language of the ECB’s communication sparked speculation in the markets that the ECB could be looking towards policy normalization this year.

Although interest rate hikes are still a far way off, the fact that the central bank halved its bond purchases in October last year to 30 billion euro from 60 billion euro previously sent the markets into frenzy.

Following the meeting minutes, the euro was seen rising close to $1.21 before giving up some of the gains.

No changes are expected from the January ECB Monetary Policy meeting this week, with interest rates and QE purchases expected to be held steady. The main question remains on whether the ECB will address the recent surge in the euro.

The euro maintained strong gains last year. It opened on a weaker note amid concerns from the French and the Dutch elections. But, as the political risks that at one point threatened to break up the economic bloc receded, the common currency started to gain momentum.

It was given a push by increased economic activity and rising inflation.

At the most recently concluded monetary policy meeting in December, Draghi did not directly address the exchange rate. He however cited that the currency was a source of uncertainty. The euro was seen trading at higher levels at that point in time but soon settled slightly weaker but still significantly high.

But with the recent surge towards $1.21, the markets are divided on whether the central bank will tolerate a higher exchange rate.

Economists at UniCredit note that with the Eurozone’s underlying fundamentals remaining steady, the January ECB Monetary Policy meeting could be less concerned about the exchange rate appreciation.

Last week, some officials expressed concern on the recent surge in the common currency. Traders quickly booked profits after ECB’s Vitor Constancio said that he was concerned if the exchange rate appreciation did not echo the fundamentals.

The comments from Constancio were however expected, as he is considered to be a policy dove.

Constancio also said that there was no reason to change the language of the forward guidance at the January ECB Monetary Policy meeting. He argued that officials should be careful not to choke growth too soon.

On the other hand, other policy hawks have remained optimistic and prefer to move ahead towards policy normalization. Such views were echoed by Weidmann, President of the Bundesbank. He said that he preferred to end bond purchases this year but agreed that the market view on interest rates staying unchanged until next year were reasonable.

The ECB will be releasing its monetary policy statement on Thursday, January 25th at 12:45 GMT. It will later follow up with the press conference by Mario Draghi at 13:30 GMT.