EURUSD 2018 Forecast – What’s next for the common currency? 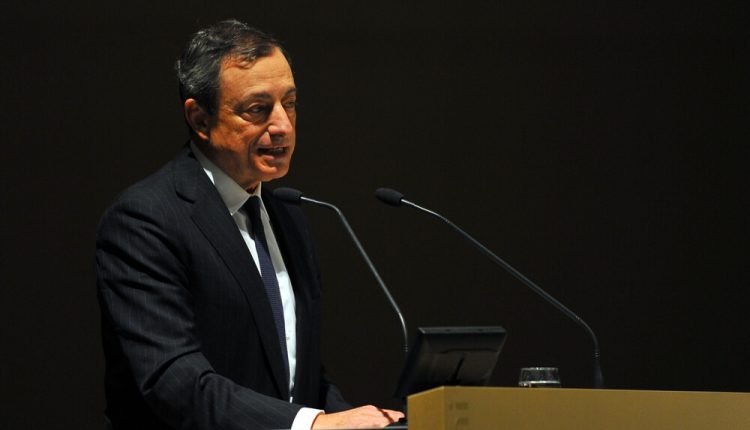 The EURUSD became one of the most celebrated currency pairs in the year 2017, after starting the year on somewhat uncertain terms. The fact that just the previous year, market watchers were convinced the common currency could reach parity against the U.S. dollar became a popular view. This expectancy gained weight as two major political risks, the Dutch and French election campaigns, threatened a possible break up in the Eurozone. The rise of populist parties and anti-EU rhetoric seemed too big to ignore, especially after Brexit actually happened and Trump got elected.

However, there was some hope for the common currency after the two major clouds of uncertainty lifted. It took a while before the famous speech from ECB’s Mario Draghi, at Sintra in Portugal, sparked a strong rally in the euro.

Lifting off strongly, the euro did not look back as the common currency started to chart to higher grounds. The hawkish speech from Draghi sparked speculation that the ECB could soon begin to tighten its monetary stimulus purses. Adding weight to this was the fact that other central bankers from the G7 economies also echoed similar views.

The rally from June onward, saw the markets anticipating a major announcement from the ECB in the months that followed. However, the European Central Bank bought time and announced in October that it was going to cut its current monetary stimulus program by half.

At the same time, the ECB balanced its statement by indicating that the QE program would be extended until September 2018. For the markets, the ECB’s decision was broadly in line with the expectations, although some expected the ECB to have come out more hawkish.

The euro was seen trading near the 1.20 handle at the time and it also sparked concerns that the exchange rate could factor in making the ECB somewhat dovish.

The euro managed to hold its ground until the end of the year as the currency pair closed at $1.1997.

While there are some fundamental risks, especially the uncertainty from the German political circles, putting Merkel in a weaker position, there is also the risk of Italian elections in the next few months.

However, for the most part the risks from 2017 seem to have abated. With the Eurozone enjoying a strong year of growth in GDP expansion, and inflation showing some life, market watchers are now expecting the euro to maintain its bullish trend.

The monthly chart for the EURUSD shows a brief recap of the currency pair since 2007. Following the breakout in the support level that was established at 1.2297 – 1.2237, the euro fell sharply. The downside measured move of the descending triangle pattern would have suggested a decline to 1.0148 at the very least.

However, the currency pair pared losses and quickly posted a strong rebound. We expect to see the EURUSD test the levels of 1.2297 – 1.2237 sometime this year. However, a lot will be left to be seen how price reactions to this key price level.

Will the previously established support turn to resistance or can the euro break past this level, especially with no pullback in price action seen since January 2017’s reversal.

Regarding the EURUSD 2018, price action suggests that we could expect to see the currency potentially marking a correction off the key level of 1.2297 – 1.2237 region unless the breakout coincides with strong fundamentals. The breakout from the descending wedge pattern from last year suggests a pull back to 1.1241.

The timing of this correction is however tricky.

For EURUSD 2018, we expect to see the currency maintain the gains at least in the first quarter of the year. While the technical analysis points to a correction, keeping an eye on the fundamentals that can validate this move will serve traders well.