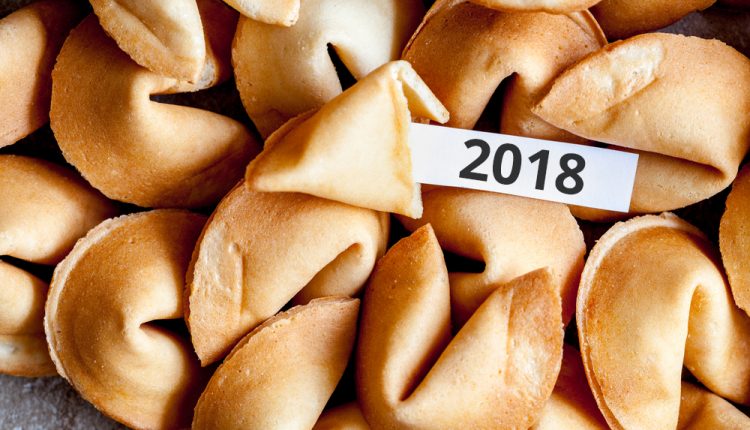 As 2017 comes to a close, traders are getting ready to analyse their performance for the year and plan how to make the most of the opportunities 2018 has in store. This means trying to figure out what price movements are likely in 2018 or market trends one may expect. The answers to these questions will depend on macroeconomic events, taking place the world over. Paying close attention to these events will help traders to equip themselves with all the necessary information to predict market reactions. Of course, along with the current trends in the global economy; strategy and studying charts are also key to successful trading decisions. So what are the 2018 Forex Predictions?

Here’s a look at some key factors that may influence trading strategies in 2018.

Brexit negotiations are getting to be more difficult than anticipated. It is now known that the negotiations will not conclude before October 2018. The uncertain relationship between the UK and EU could lead to a very uncertain path for the GBP. The currency is expected to see high volatility, as its price movements would closely follow Brexit news and developments.

But negotiations with the EU aren’t the only newsworthy factor pertaining to the UK. The nation is currently going through a political crisis of its own, as Prime Minister Theresa May stands a chance of being ousted, following a no-confidence vote from the opposing Labour Party. The drama that will unfold will only add to the Brexit story, and could lead the UK towards economic instability. And, in the event that no deal materialises, the sterling might go to an all-time low against the euro.

US Dollar: Tax Reforms and Trumponomics

There is again a huge amount of uncertainty here, as monetary policies are tightening and President Trump is being President Trump which in itself may be quite volatile. Increased consumer spending and falling unemployment rates may lead to an increase in interest rates by the Federal Reserve. If President Trump manages to implement the tax cuts he has promised, the effect might lead to a surge in the valuation of the US dollar.

On the other hand, experts are saying that the rise in interest rates might not be able to stop the fall of US dollar against the euro. Of course, the debt problems, political factors and economic performance of both sides will also influence the validity of this forecast, as the tax reform bill is still awaiting approval by the Senate, and the White House is busy quashing claims of misconduct by the President.

The governor of the Bank of Japan, Haruhiko Kuroda, is reaching the end of his term, which finishes at the end of April 2018. It is still unclear whether he will be reappointed. He is responsible, or rather credited, for an innovative quantitative easing package that made Japan return to inflation by reducing the value of the yen, giving a boost to the currency.
The performance of the yen will now depend on whether Kuroda continues or is replaced by someone more hawkish.

Cryptocurrency: The Star Performer of 2017

Forex traders should definitely not ignore this awe-inspiring success story of 2017.

Bitcoin, the largest and most popular cryptocurrency, broke all records, with its meteoric 1,500% rise in market cap in 2017 alone. The total market value of the digital currency has surpassed that of JP Morgan, and continues to soar upwards. Blockchain technology is expected to change the world in the next 10 years, and it has already been adopted by some of the biggest names in the industry. In 2018, it is expected to attract more people all over the world, potentially helping traders to access new and exciting markets.

Asian Forex: A New Star on the Horizon

In a recent statement issued by Goldman Sachs, strategists appear to be favouring currencies from developing economies over the big ones. They are predicting a good year for the Indian rupee, Indonesian rupiah and South Korean won.

Analysts at ANZ also expect gains for Asian currencies in 2018. “Given the contrasting forces of easing global liquidity versus the cyclical growth recovery, we expect growth sensitive currencies to outperform, while high yielding currencies and those with external deficits can be expected to underperform,” according to ANZ.

On the whole, apart from the global economy, traders will likely be more demanding and less patient. An impetus towards CFDs and automated trading is expected. Automated trading software will allow traders to be on multiple trading platforms, leading to more trading activity and opportunities. The focus on response time to customers will also be a key focus in 2018.