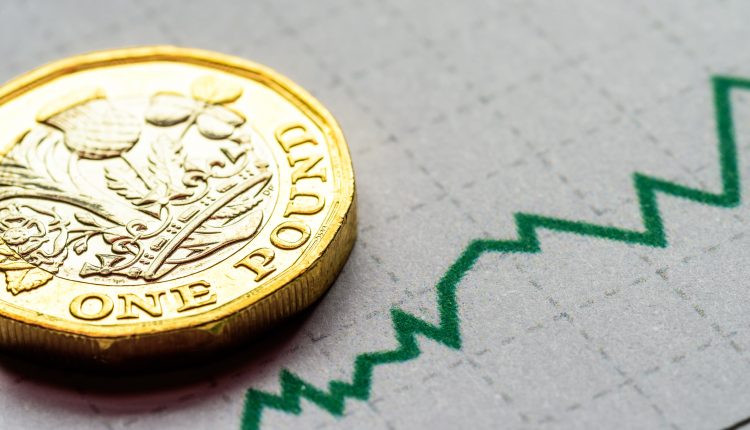 What has happened to all of the prophetic statements about the British pound falling below $1.15/$1.10 and remaining there?

After crashing last year to $1.1840, a 31-year low (some prices suggest $1.1500), it is now up by 12%. The pound is the only currency in G10 FX to rise against the US dollar over the past 3 months. Will the pound recover above the $1.50 level next year? Or will Brexit dynamics force the currency back under $1.20? In this piece, I shall focus on the technical forces shaping the GBP/USD pair in the medium run and will not discuss macro fundamentals, Brexit or political risk.

The most striking development in the 35-year chart of the GBP/USD below is the manner in which the $1.3800 support was finally broken in 2016 after three failed attempts spanning over a 7-8 year cycle. The duration of the cycle is not as important as the recurring emergence of $1.38 to act as a crucial foundation in each of the selling attacks sustained by the pound.

The two episodes of 1992 and 2016 share similar catalysts in the sense that they were both triggered by a singular event — the UK’s decision to abandon supporting the pound vs the Deutsche mark under the Exchange Rate Mechanism in 1992; and the fateful Brexit referendum of June 2016, ending Britain’s 40-year economic and political relationship with the European Union. Indeed, the pound had been weakening considerably ahead of each of those events, but both occasions were highlighted by a singular announcement/outcome. 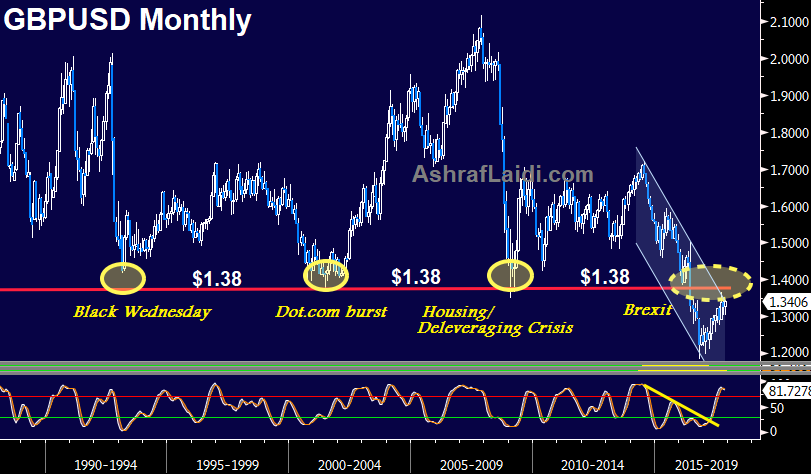 The enormity of the Brexit implications is underlined by the fact that $1.38 had finally floundered after surviving three major attacks. Keeping fundamental factors and economic/political analysis aside, technical analysis raises 2 questions: Will GBP/USD return to $1.37-$1.38? And will GBP/USD succeed in breaking above $1.38? The answer to the first question is strong “yes”. As long as $1.28 is sustained and the 200-day MA holds, the probability of regaining $1.37 has more than 75% chance probability of occurring. A breach above $1.38 would mean the 2nd violation of a level that once held for more than three decades. In order for such occurrence to manifest itself, chances remain below 30%.

Further signs of strengthening in the Eurozone