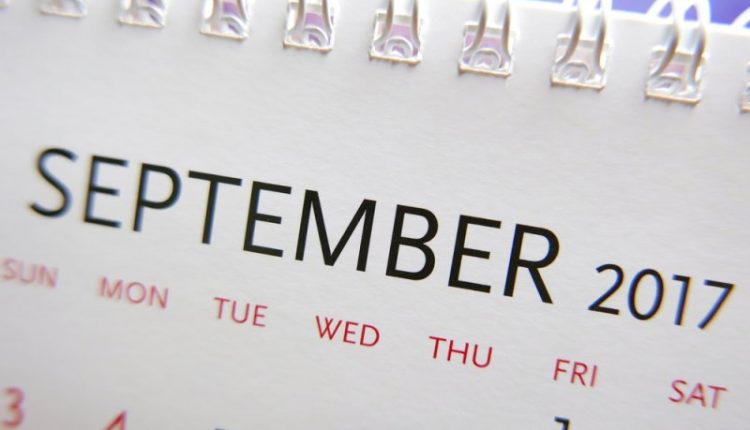 The month of August largely passed off as a non-event with most of the markets trading flat. The US dollar continued to weaken during the month as investor sentiment continued to drop.

The weakness in the greenback was spurred by both economic and political developments. North Korea stood out on the international scene as the nation first started with threats and soon followed by test firing a missile in the sea, close to Japan. Investor risk appetite briefly waned, sparking a flight to safety.

The Jackson Hole symposium was a non-event as the Fed Chair Janet Yellen’s speech did not make any big references to the US monetary policy.

On the other hand, her counterpart, Draghi briefly acknowledged the strength of the eurozone’s economic recovery. Although Draghi did not make any specific mentions to monetary policy, investors took his cues and continued to bid up the euro in hopes that the ECB will tighten its monetary policy soon.

The month ahead: September 2017

The month of September will be interesting as investors will be looking both to the US Federal Reserve and the ECB’s monetary policy decisions. The ECB is expected to announce a tapering to its QE while the Fed is expected to begin unwinding its balance sheet. On the political front, Germany will be holding its general election later in the month.

Since July, after ECB president Mario Draghi turned hawkish about the Eurozone economy and monetary policy, investors have been steadily pushing the common currency higher. Last week, the euro briefly touched $1.20 levels in what has become the best performing currency this year.

Understandably, the EURUSD parity talks have been replaced with optimism with major financial institutions now upgrading their views on the euro. $1.20 – $1.25 seems to be the common theme in the markets when it comes to the common currency in a coming couple of quarters.

In this aspect, the European Central Bank’s monetary policy meeting on 7 September Thursday will be an important milestone for the eurozone’s monetary policy. The ECB president Draghi is expected to announce another round of tapering at this month’s meeting. The QE is however expected to run its course through the end of December this year.

The focus will turn to the forward guidance in the coming months as the ECB will acknowledge the developments in the eurozone’s economy. Inflation continues to remain a sore point, but so far there has been evidence of headline inflation slowly pushing higher. The ECB already revealed that the governing council discussed on the changing the wording in the monetary policy statement in July but refrained from doing so in order not to send the wrong signals to the market.

The US Federal Reserve will be holding its monetary policy meeting on September 20th. The Fed’s short term interest rates are expected to remain unchanged at 1.25% at this month’s meeting. However, the Fed will signal the start of its balance sheet reduction.

According to previous monetary policy statements, the Fed has laid out its plans noting that it would begin its balance sheet normalization. The Fed’s balance sheet ballooned to nearly $4.5 trillion since it first began its quantitative easing program in 2008. The Fed’s balance sheet comprises of $2.5 trillion Treasuries, and $1.8 trillion mortgage backed securities. In the June FOMC meeting, it was revealed that the Fed would start with $10 billion, which is made of $6 billion in Treasuries and $4 billion in MBS. The pace is expected to expand in the coming months to $30 billion.

Besides the balance sheet reduction, investors will also be looking for the Fed to give more clues on its forward guidance. The Fed and its officials have remained mum so far on inflation but remain hopeful for another rate hike by the end of the fourth quarter.

On September 24th, Germany will be holding its general election for the Bundestag. The incumbent, Angela Merkel is widely expected to win another term which would make her the chancellor for a fourth consecutive term.

Poll pundits, however, expect to see the coalition with Merkel’s CDU party change, but this is widely expected not to bring about any major changes.

The German elections will probably conclude a rather shaky year for the eurozone. Just at the start of the year, the focus shifted to the Netherlands and then France with the threat of anti-establishment parties almost threatening to break up the eurozone.

With Ms. Merkel set to win another four-year term, the eurozone integration is likely to be pushed ahead with the planned reforms.