Precious Metals: Where Is Gold Headed Next? 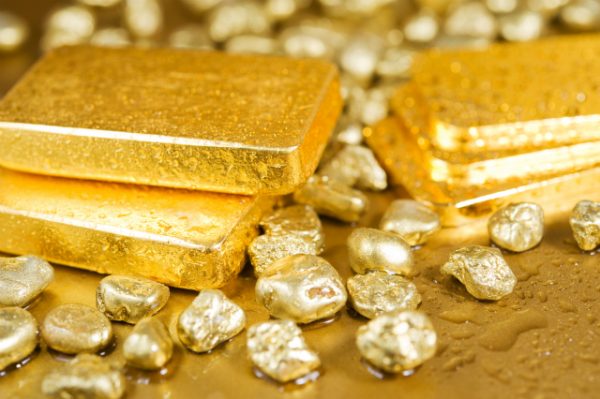 Precious metals have been rising for the past few weeks on the back of multiple factors, including a notable rise in the geopolitical tensions around the world, especially those between North Korea, Venezuela, and the US.

It has been a bumpy ride for the past few weeks. However, it seems that the momentum is still here for a possible breakout.

Yet, the technical charts are suggesting two different scenarios, either green or red, while sideways trend might be just the right option.

Despite the fact that Gold has been rising since the beginning of the year, the past few months it has been trading within a range of $100 up and down, with no clear breakout or breakdown. This has been the case since April of this year.

For the time being, I would stand aside from buying more Gold anytime soon, as the technical chart is suggesting a triple top pattern on the daily chart. If this is right, another leg lower could be seen back to $1200.

Only a breakout above $1300 with a clear stabilization above that resistance would renew the positive outlook with a possibility to break above $1320 in the coming weeks.

Otherwise, the risk of another leg lower is still here, despite the fact that the latest commitment of traders report by the CFTC continues to show that traders are betting on further gains ahead, while shorts are still declining gradually.

This is also supported by the last known ETF’s holdings of Gold, which remained higher over the past six weeks.

Silver has been trying to break above $17.0 since the 10th of August until today. However, all its attempts have been failing as shown on the chart.

On Friday, a bearish shooting star was formed after the latest attempt to break higher. This would ease the possibility of a successful breakout over the coming few days. Yet, it is still possible, but it needs a catalyst.

At the same time, Silver is trading within an uptrend channel as shown on the chart. Any leg lower is likely to remain supported by the lower band of the channel which stands around 16.70’s.

A breakthrough that support would clear the way for further declines, and would put Silver at risk to decline once again to 15.60’s area, especially that the technical indicators are overbought and crossed over to the downside.

Therefore, the retracement to the downside needs to be limited above the mentioned levels in order for Silver outlook to remain positive.

A breakout above the $17 is needed to renew the bullish outlook for the next few days. However, a breakout with a daily close above that resistance is needed to confirm the next move.

Other than that, the possibility for another leg lower remains higher.

On the upside view, a break above the mentioned resistance is likely to clear the way for another rally, probably toward 17.40 and 17.60, while a catalyst is needed in order to do so, which might come from either weaker USD or new geopolitical tensions.

How To Use Profiles on MT4 platform