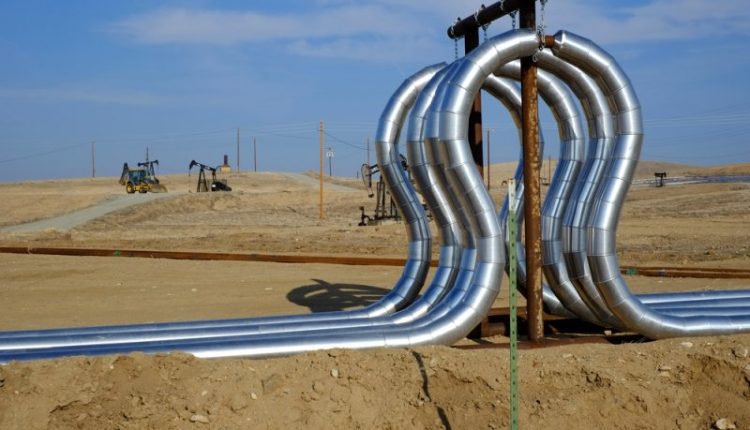 Crude Oil prices continued to decline further despite the fact that OPEC and Non-OPEC members have been active in the media, trying to increase the hopes of stabilizing the market. However, things have just got even more interesting.

Both West Texas Crude and Brent Crude have entered a bear market status, despite December’s production output cut deal and the nine-month extension in May.

Brent Crude is down by -22.2% since the opening price of January 1st and lost more than 23% from this year’s peak as well.

With such move, it looks like the downward trend is likely to accelerate, which is not going to be good news for any of the producers whether in OPEC or Non-OPEC.

Proof That The Extension Is Not a Positive Factor 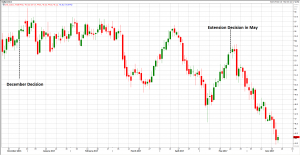 Looking at the chart above, in December 2016, when OPEC announced that they reached a deal between OPEC and Non-OPEC members to cut the production for the first time since the financial crisis, Crude Oil failed to post a new high for this year.

Brent managed to add around $1 only before it traded within a tight range of $7 to $8 until February when the prices started to slide.

When the market does not react to such notable output cut for more than a quarter, don’t expect the extension of the same deal would do better.

In May, when OPEC announced the extension decision, Crude prices made the same move. Brent and WTI added around $1 only before they both tumbled to the levels that we are looking at right now.

Where Do We Go From Here 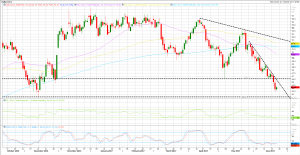 Looking at the chart once again, Brent Crude lost its $45 psychological support, which is a new negative factor on the short term and it opens the way for another leg lower ahead.

The next immediate support that traders should keep an eye on over the coming days stands at $44.40, while a breakthrough that support would clear the way for a deeper move toward $44. 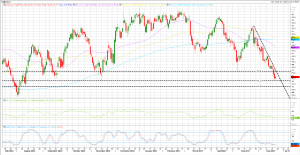 As for WTI Crude, it also lost another key support yesterday which used to be around 43.0 and closed yesterday’s trading well below that support. For the time being, there is no significant support before the $41.70, which could be seen in the coming hours/days.

Traders Are Betting On More Declines 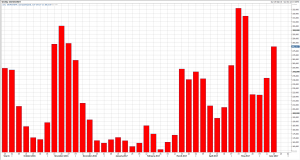 Looking at the latest figures from the CFTC Commitment of Traders Reports, which is getting published on a weekly basis, the Short positions remains near the high of this year.

The highest level of the year is around 330K while the latest data shows 280K short positions until Tuesday of last week.

At the same time, longs have been declining gradually, which increases the risk for further declines ahead.

OPEC To Intervene Any Moment

Don’t expect producers to keep watching the prices while they are sliding every day. OPEC and Non-OPEC must move to stabilize the market.

In the meantime, we are in a bear marker, not even in a tight range anymore. Such status would increase and accelerate the pressure on the prices.

Therefore, OPEC and Non-OPEC members will try to be more active in the media, but the message this time is likely to be stronger than before.

The will probably hint for deeper cuts in the coming months. The question remains here, is the market ready for more comments without an action on the ground? Time will tell.