No Reasonable Retracement in Equities Yet: S&P500 and CAC40 Outlook 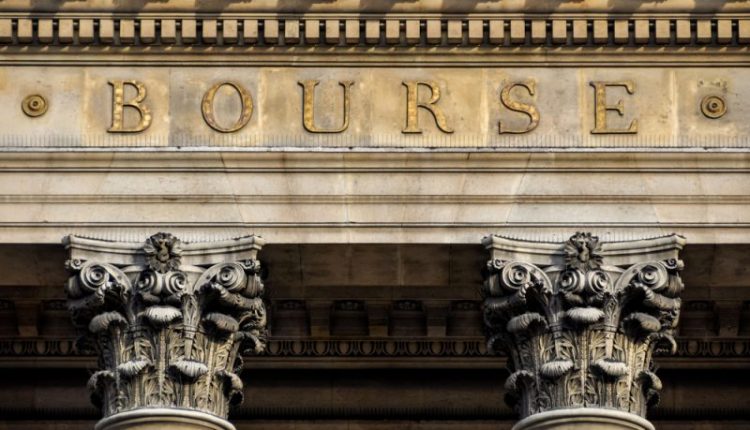 Since the Q4 of last year until today, we haven’t seen a reasonable retracement in global equities, especially in the US equities.

For the past few weeks, S&P500 and DowJones had a slight retracement to the downside, which did not exceed 3%.

This was right before the French election, which was considered as the riskiest event of last week. However, when Macron made it to the second round, the market fear has eased significantly, as he is projected to win the second round of the election by more than 60% according to the latest polls.

As a result, global equities spiked once again, ending the recent downside retracement, and now they are close to record highs ahead of the second round of the French election.

The question remains here, when and how the US and the global equities might get a notable correction? 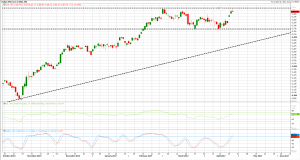 The S&P500 retraced for almost a month or so, since it spiked to a new record high in February, declining from 2399 record high all the way back to 2322 in Mid-March.

Since then, it has been trading within a tight range, until it bottomed out on April 13th around 2328.

On Monday, the S&P500 opened higher due to the French Election results, leading to multiple days of gains until yesterday.

The Index managed to rise to as high as 2398 at the beginning of the session, few points away from a new record high. However, it failed to do so, and eased back, closing the day at 2387, forming a bearish shooting star on the daily chart, which could be a double top formation as well.

In the meantime, the possibility of another leg lower is highly possible, especially if the ECB also disappointed the markets today.

If so, the downside targets would be at 2380, 2365 and 2356. The invalidation level for such decline would be a spike above the record high. 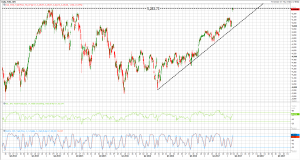 As noted in our previous report related to the French election and CAC40, the index spiked sharply right after the first round results of the French election, posting the highest level since 2015 around 5292, since then, the index has been trading within a tight range as we wait for the second round.

In the meantime, the index is basically stuck right below a significant resistance level around 5283, which should be watched closely, as a failure to break above that resistance is likely to spark a short term retracement.

With the second round around the corner, and with odds in favor of Macron, another push higher is more likely, despite the fact that the technical indicators are heavily overbought.

Who will be the next president of #France? 🇫🇷#franceelection #LePen #Macron

There are no doubts that any downside retracement is likely to be limited since the economic figures are encouraging all over Europe.

Even if the ECB decided to pull the trigger and taper the QE, a downside retracement is possible, but unlikely to last for long, since the optimism toward a real recovery in the EU despite the Brexit fear will keep investors interested in expanding their investments.