French Election As Expected: Macron Wins The First Round With 23,9 % 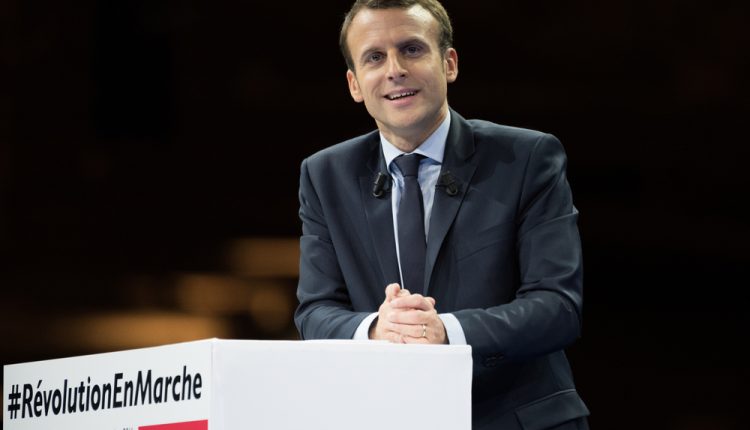 The first round of the French election is behind us now, and so far, it’s going as expected. However, traders need to be very careful over the coming day and ahead of the second round of this key elections. 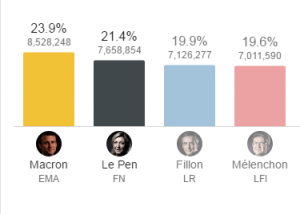 After last year’s shocking failure of most of the public polls across the board, including the Brexit referendum and the US elections, the French public polls were right.

The public polls showed that Macron and Le Pen were leading and Fillon would be in the third place. This is exactly what the final figures showed as well.

What Are The Risks?

There might be some similarities between the French and the American election, which should be watched carefully.

Fillon congratulated Macron on his win and asked his supporters to vote for Macron in the second round next week.

This reminds me of what happened in the US election when Bernie Sanders withdrew from the presidential race and asked his supporters to vote for Hillary Clinton. Hillary lost the elections, despite the fact that she won the popular vote.

In this election, things might be the same; Le Pen is still considered as the biggest risk for the European Union and the Euro if she manages to win the election.

One of the factors that might lead Le Pen to get more votes is the recent incidents in France, which would lead the voters to support Le Pen who is calling for more secure borders. 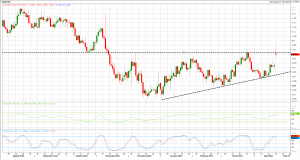 The Euro began the week on a significant gap higher, reaching as high as 1.0935, which is the highest level since October of last year.

However, and as we all know, the 2% gap higher is likely to be filled in the coming hours/days, and most probably before the ECB decision later this week. Therefore, buyers are advised to stand aside until the gap is filled.

On the longer term view, the Euro remains strongly bullish especially after this gap higher. Yet, a break above this week’s high is still needed to clear the way for further gains.

The ECB Catalyst Around The Corner?

All eyes will be on the ECB decision later this week on Thursday. The ECB is likely to announce the beginning of the tapering process, cutting around 20B Euros of purchases back to 60B euros.

However, inflation is actually rising faster than previously estimated, which may lead the bank to take further steps along with the tapering process.

Such decision would be a huge catalyst for the Euro to break this week’s high. The Press Conference remains the key, as we need to look for further info by the ECB chairman regarding the upcoming decision and the pace of the tapering.

Traders are advised to wait for the gap to be filled later this week before acting with the ECB decision. There is a very slight possibility for the Euro not to fill the gap before the ECB decision.

If so, even if the ECB decided to raise the deposit rate and to taper the current QE, I would be interested in waiting until the Euro pairs fill the gaps before entering any new trades.

Who will be the next president of #France? 🇫🇷#franceelection #LePen #Macron