Eurozone inflation slips back below 2% 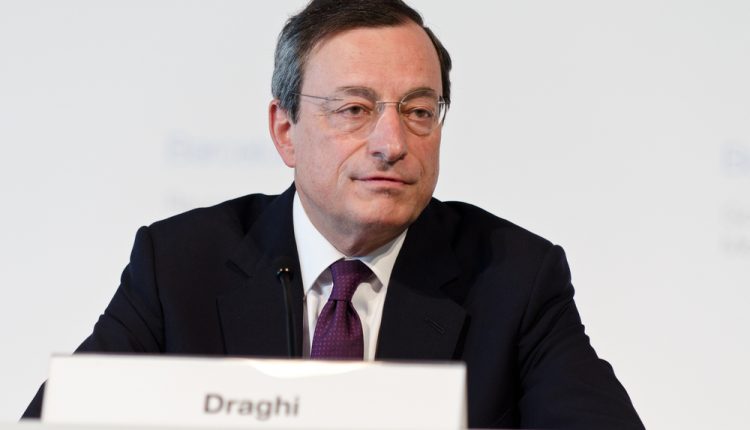 Consumer prices in the eurozone which were seen making a lot of noise in the first few months of the year were seen pulling back after consumer prices touched 2% in February.

Data released by Eurostat last week showed that consumer price index in the Eurozone increased 1.5%, slower than February’s 2% increase and was seen to be slower than the 1.8% increase that was forecast by economists.

Excluding food and energy prices, the core consumer price index was seen rising at a subdued pace of 0.7%, down from February’s 0.9%. The preliminary flash reading on the core inflation is the lowest core inflation rate that was registered in almost a year.

The decline in the headline and core inflation prices is likely to reinforce the dovish sentiment from the ECB officials and could also keep the central bank hawks subdued when the ECB meets in a few weeks time.

A top European Central Bank board member said that the central bank’s forward guidance on its bond purchases and the order of how it will unwind its extraordinary policy remained valid given still subdued inflationary pressure.

The weaker pace of inflation registered in the Eurozone comes amid a wave of similar inflation readings from Germany and France as well. Data released this week revealed that inflation rate in France also declined.

Data from French statistics agency Insee showed that France’s consumer price index rose 1.1% compared to a year ago while rising 0.6% on a month over month basis. Economists polled expected a print of 1.2% on a year over year basis.

The ECB’s measure of inflation, the HICP showed a 1.4% increase in March, rising at the same pace as in February.

In Germany too, data from Destatis showed that consumer prices fell to a 4-month low in March. The flash consumer price inflation eased to 1.6% after rising to a 54-month high at 2.2% registered in February. Economists polled forecasted a print of 1.8%.

It was also a similar story elsewhere with Italy and Spain’s consumer prices also seen to be coming out weaker than expected, after consumer prices rose steadily in February.

The European central bank is scheduled to meet later in April, and the central bank is expected to keep monetary policy unchanged. Furthermore, the hawkish rhetoric from German officials is also likely to be subdued in the coming meetings with inflation seen easing back.

The ECB on its part has consistently maintained that monetary policy would remain to accommodate unless there was significant evidence of inflation rising steadily. With the latest figures showing that both headline consumer prices as well as core inflation slipping, the European Central Bank could be seen maintaining a dovish tone at its next meeting.

Comments from ECB officials also indicated the same as Benoit Coeure said that underlying inflation was still subdued but sounded optimistic noting that the risks of deflation were now off the table. Coeure also said that while the ECB is focusing towards policy normalization, the central bank is expected to take a cautious approach in doing so.

However, in the near term, the central bank is expected to maintain the status quo especially in the backdrop of the political uncertainty from France, Germany, and possible Italy.

Given the political conditions, the ECB will be expected to hold the line with a smaller size of QE purchases, in what many call a mini-taper to the easy monetary policy. Offsetting this hawkish change will, of course, trigger the ECB to send out a dovish message, something which was witnessed in the last week of March.

Reports emerged that ECB officials were concerned about sending the wrong hawkish signals to the markets when the ECB president Draghi said that the downside risks were diminishing, which sent the euro higher.