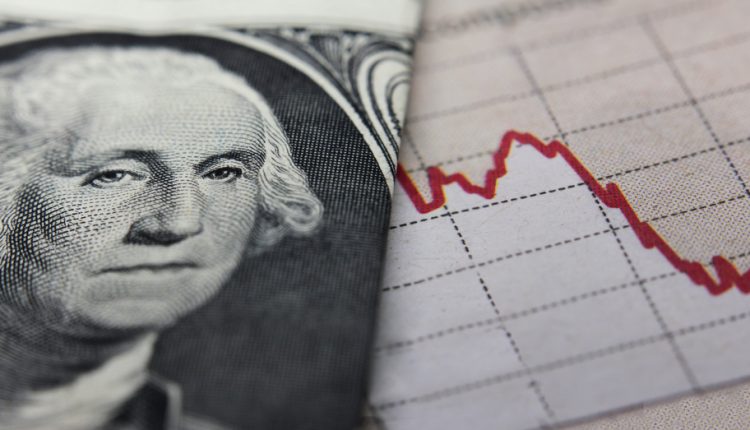 Since the beginning of the week, the US Dollar index has been declining gradually, after last week’s upside retracement.

Even though the entire economic releases from the US came in with a notable weakness this week, the US Dollar managed to retrace once again.

Yet, the Dollar managed to recover at the end of yesterday’s session, rising from its session low and closed the day at the open (unchanged on the day) with a doji candle on the daily chart.

Earlier this morning, the US Dollar Index also began the day higher and is approaching the 100.0 barrier once again, which should be watched very closely over the coming hours and ahead of the weekend.

For the time being, the possibility to break above that resistance seems to be weak, especially that the technical indicators are not oversold yet.

Therefore, the current rally might be just another short-term retracement, before the downside pressure resumes, if not during the US session, then probably next week. 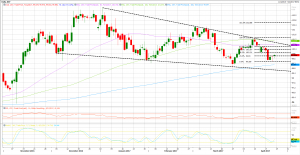 Looking at the daily chart, and by adding Fibonacci retracement from the recent highs at 101.35 to yesterday’s lows, we can spot that the index has already retraced by more than 23%, with today’s rally so far.

The weakest scenario would be to retrace by 61.8% which stands at 100.59 before the downside trend resumes. However, we are not ruling out such scenario.

French Election Around The Corner

This weekend on Sunday, the first round of the French election will take place, which seen as a political risk for France and Europe. Therefore, gaps are highly possible at the beginning of next week.

So far, Macron is leading in the recent polls, but the risk comes from Le Pen, as she is calling for Frexit (France to leave the Euro). This is one of the reasons of the recent fluctuation in EURUSD.

This year’s trend remains unchanged, the US Dollar failed multiple times to break above 103.50’s highs, and now we can see the clear lower highs and lower lows pattern on the daily chart.

Such pattern is likely to continue, and there is no reason for traders to bet against the trend, at least as long as the index remains below that trendline shown on the chart.

On the downside view, the first immediate support stands at yesterday’s lows around 99.35, which need to be broken, in order to clear the way for further declines ahead.

The second resistance would be the 200 DAY MA which stands at 99.09. This Moving Average will be the key for the rest of the year, as this test would be the first test of the MA since September of 2016 and a break below that support would be crystal clear signal for further selling ahead.

Therefore, we maintain our bearish outlook on USD as long as it stays below the trend line and the previous top, while only a break above that trendline with a weekly close above it would change the outlook from bearish to neutral.