Le Pen Retreats: Euro at the highest level since Mid-December 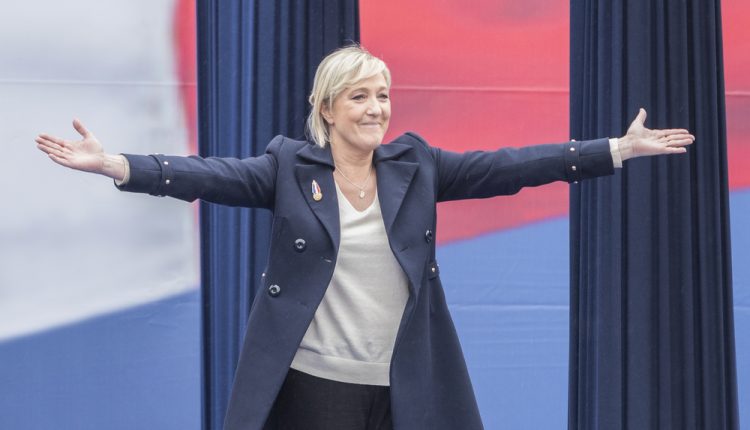 In a dramatic change, the US President Trump has failed to pass his first bill ever in the House of Representatives on Friday, which increases the chances now for many failures ahead.

What matters the most in Friday’s event is, despite the fact that the majority of the house is Republicans, yet, Trump was forced to pull the bill few minutes before the vote.

The US administration claims that they were very short on votes, but they decided to pull the bill, which is a little bit confusing.

If they had the majority of the vote, and they were short on few votes, they would have delayed the vote again and/or renegotiate the bill to try and secure the rest of the remaining votes.

They haven’t even tried to do that, which keeps the market uncertain about the next steps and the next bills, including the long awaited tax reform bill.

This is why the market is not in green across the board today. Pulling the bill should be positive news for equities. However, the market is red.

This is also why there are some voices asking the head of the house to resign as soon as possible, as he failed to convince the house with Trump Care bill. 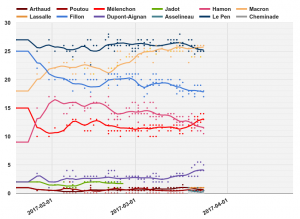 Last week, eyes were on the presidential debate in France, which flipped the table upside down for many of the candidates, but especially for the Far-Right candidate Le Pen.

In the first debate between the main contenders to become France’s next president, the centrist frontrunner emerged with his lead intact.

Emmanuel Macron is running for office for the first time, but parried attacks from both ends of the political spectrum, questioning his policy toward the economy, terrorism, and immigration.

However, he was the most convincing according to many polls right after the presidential debate.

The anti-euro, anti-immigration candidate was also attacked due to her proposition to ban all immigration and impose 35% percent tariff on certain imported goods. Yet, Macron fired back and criticized her saying that she has a lack of ethics and experience outside politics and her attitude toward immigrants.

In the meantime, polls show that both Macron and Le Pen have about a quarter of the electorate behind them in the first round vote, while Fillon remained in the third place with 19 percent support.

However, Macron is projected to with the May runoff by more than 20%.

After the debate, Macron support edged higher to almost 27%, while the Le Pen tucked lower closer to 25%, despite the fact that she was leading last week before the presidential debate.

Markets Are Not Worried Still

European equities and the Euro are not worried so far. The Euro is at the highest level since Mid-December of last year, while CAC40 is still hovering around its 5000 barrier. 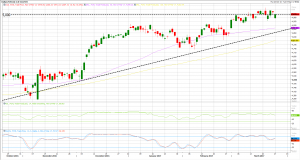 The Euro is getting the support through the economic releases, which have been positive for the EU, supporting the idea of a possible rate hike by the ECB before the end of the year, in addition to decreasing the current QE program. 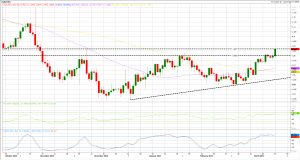 For the time being, EURUSD began the week higher, trading closer to 1.09. However, there is a trading gap, which should be filled in the next few hours or days. Therefore, traders should not rush into long positions anytime soon, at least until the gap is filled.

Gold traders look to French elections: The next big risk