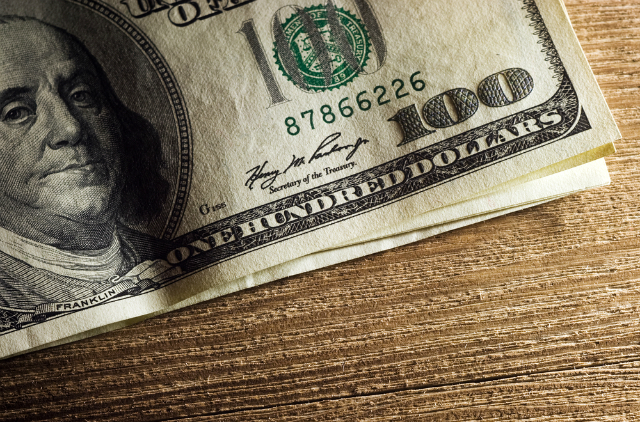 The US Dollar advanced further during at the beginning of the week but failed to hold on Thursday and Friday, despite the fact that most of the economic releases were positive. This fact strengthens the idea of the Federal Reserve rate hike in March. Yet, investors are still selling USD across the board.

The Federal Reserve Chair Janet Yellen kept the door open for multiple rate hikes this year, and also didn’t exclude the possibility of a rate hike in March.

However, despite the inflation data, the Fed Fund Futures are pricing in just 40% chance of a rate hike in March meeting.

The US Dollar Index failed to break above its 50 DAY Moving Average (MA) on Wednesday, which is considered to be a technical barrier, leading to another sell-off on Thursday. The 50 DAY MA has been holding since January 19th. The general outlook remains bearish as long as it stays below that Moving Average.

The Euro managed to rally yesterday despite the fact that the US figures were positive, risk off seems to be the leader for the time being.

From a technical point of view, the Euro made a bullish shooting star on Wednesday, while the technical indicators were heavily oversold, which was a positive sign for a bull run ahead.

The pair spiked above its 50 DAY MA yesterday and tested its 100 DAY MA for the first time since February 5th. On Friday, the pair is still struggling below that MA. However, the bullish outlook remains as long as it stays above this week’s lows, with a possibility of another run above 1.07 in the coming hours.

The British Pound failed to 1.2480 resistance area yesterday, leading to another selloff earlier today. This is mainly due to the Retail Sales disappointment earlier today, which pushed the Pound lower across the board.

However, the pair remains within the tight range, supported by its 50 and 100 DAY MA as shown on the chart, which should be watched very carefully, as a breakthrough those MA’s would renew the downside trend.

The technical indicators are also bearish, which increases the chances for further declines, ahead of the weekend. If so, GBPUSD next stop might be around 1.24 and even 1.2360’s.

The USDJPY has been declining for the past three days, especially after the pair has failed to break above its 50 DAY MA, which stands at 114.95.

Since then, the pair has been declining for the past two days (Thursday and Friday), declining all the way back to 112.80’s until this report is released.

From a technical point of view, the indicators were heavily overbought, which opened up the way for a short-term retracement. Meanwhile, the indicators have crossed over to the downside, which increases the chances for a deeper retracement ahead.

The next stop might be the 100 DAY MA which stands at 112.40, which should be watched very carefully, as a breakthrough that support would, clear the way for further declines ahead, probably towards 112.0. The bearish outlook remains as long as the pair continues to trade below its 50 DAY MA.

Despite the positive Jobs Report earlier this week from Australia, it seems that that Aussie is unable to break out above its 0.78 solid resistance area.

That resistance area has been holding since July of last year. A failure to rally on positive news means that we need a significant catalyst to break above that resistance.

The technical indicators are also heavily overbought, which also explains why the pair is unable to break above that solid resistance.

Therefore, a downside retracement is more likely over the coming hours, while the upside rally is likely to be limited.