Politics overshadows economics in the Eurozone 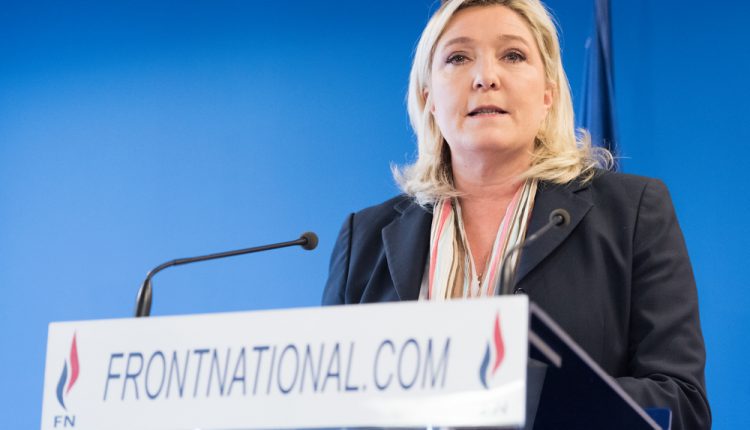 The first quarter of 2017 in the Eurozone will be marked by political changes that will cloud the European economic outlook. Major changes can be expected with the big question on whether the already fragile economic growth and the European Central Bank’s stimulus programs will be overtaken by populist politics that could threaten to break up the economic union.

With the European Central Bank expressing its willingness to pursue easy monetary policies, equity markets in Europe could see another strong year as long as the current wave of anti-EU populist parties that have grown in popularity over the past year will fail to convert into an election victory. However, there are serious risks that the anti-EU parties could triumph in the upcoming elections which heighten the prospects of a breakup in the eurozone.

Monetary policy divergence between the Fed and the ECB

On the economic front, the central bank monetary policy divergence between the Federal Reserve and the European Central Bank will continue which could keep the euro subdued against the U.S. dollar. Market participants expect the U.S. Federal Reserve to continue to hike rates in 2017, with the Fed signaling at least three rate hikes this year. Meanwhile, the European Central Bank, at its meeting in December 2016 announced that it would extend its QE purchase program (albeit at a smaller quantity) into 2017.

The monetary policy divergence has sent the euro to one of its lowest levels against the U.S. dollar, last seen in 2003. EURUSD fell to $1.0352 briefly before pushing back higher. On a yearly basis, EURUSD is down 3.1% while the single currency has fallen 8.8% since it peaked against the U.S. dollar in May, closing out the year at $1.0519.

A weaker euro is essential and is in the best interest of the eurozone’s economy. A moderate pace of economic growth alongside a stronger performance from the banking sector is essentially a win-win situation for investors, especially for those who remain optimistic despite the recent political turbulence. However, according to data from the ECB, in 2016, the economy suffered massive outflows. In the first three-quarters along, the euro-area saw net outflows of nearly €405 billion.

Anti-EU parties are seen on a firm footing

The first quarter of 2017 is likely to see investors turn cautious in the region. While it is still too early to tell as to how the polls will swing, many investors are preparing for a repeat of 2016. Anti-EU parties are seen on a firm footing in France, Netherlands, and Germany. The German elections are scheduled for in February, and in March, the British government is expected to begin the Brexit negotiations.

According to a poll in December, conducted by Bank of America, Merrill Lynch, Credit investors expect a greater euro-skeptic push in 2017. The survey respondents are of the opinion that although the far-right candidate, Marine Le Pen would fail to beat the center-right candidate, Francois Fillon, investors aren’t complacent on the outcome of the French elections, however.

Bookmakers current estimate the odds of a Le Pen’s victory at 26.7% with the general prevailing theme that the populist parties will get close to but fail to clinch a victory in the upcoming elections. Still, memories of last year are fresh as bookmakers, and opinion polling companies got it completely wrong, both on Brexit and the U.S. presidential elections.

Despite the setbacks from both the UK and the U.S., the equity markets remained resilient, which further adds to the complicated outlook especially in the Eurozone. On the economic front, the euro-area economy is seen closing 2016 on a firm footing, although still far from being “spectacular.” The ECB remains hopeful that the current pace of economic growth will put the eurozone’s GDP growth around 1.4% in 2017. Various business and consumer surveys point to increased optimism in the eurozone especially with business surveys pointing to a healthy pace of expansion.

Although the European equity markets have been lagging behind its peers from the U.S., some experts remain hopeful that the markets in Europe have the potential to outperform U.S. equities in 2017.