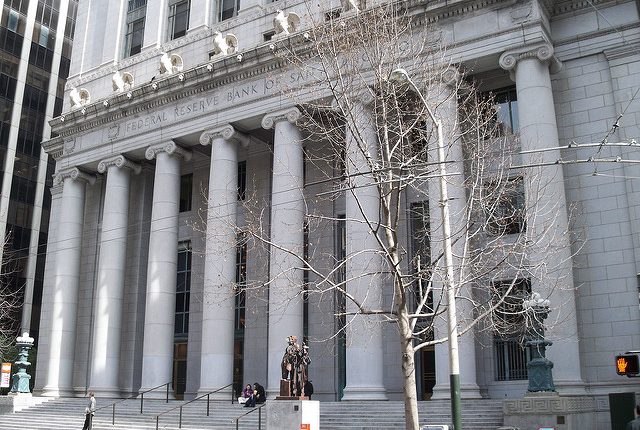 The U.S. Federal Reserve concludes its two-day monetary policy meeting today. At 1900 GMT, the FOMC will release its monetary policy statement, alongside announcing the short-term fed funds target rate and the FOMC economic projections. Thirty minutes later, the decision will be followed up by the press conference from Janet Yellen. This will be the last Fed meeting for this year and the next year’s FOMC meeting will see new voting members.

A 25 basis point rate hike is almost assured from the central bank reflected by the markets over the past few weeks, triggered off by the U.S. presidential election outcome. This will push the Fed funds target rate from the current 0.50% to 0.75%.

The central bank will be hiking interest rates for the second time in its tightening cycle almost a year later. Back in December last year, the Fed had signaled four rate hikes in 2016. However, the markets threw a tantrum, and the U.S. economy slowed over the quarters. Consumer inflation was also nowhere near the Fed’s 2% target rate, leaving just the unemployment rate as the sole bright spot.

Since the beginning of 2016, the markets have been expecting to see just one rate hike in 2016, which ran contrary to the Fed’s expectations of the 2016 rate hike plans. The Fed had maintained a hawkish view which it later abandoned mid-year and finally saw the central bank’s projections aligning itself with the market, leading up to today’s Fed decision.

Looking ahead, investors will be focusing on the economic projections and the Fed’s dot plot which indicates the views of various Fed members’ opinion on where the Fed funds rates should be over the coming months. The Fed’s dot plot will also be quite mixed considering that next year some of the current FOMC voting members will come under rotation.

Generally, there are twelve voting members on the FOMC, which is made of seven members of the Board of Governors and five members from the twelve Fed bank presidents.

The table below shows the 206 and 2017 FOMC voting member composition.

Amid the current euphoria, there was a subtle warning from one of the Fed members. NY Fed chief, William Dudley said recently that it would be premature to raise the growth outlook. “Assuming the economy stays on this trajectory, I would favor making monetary policy somewhat less accommodative,” Dudley said in a speech but adding that short-term rates should be pushed up gradually.

The change in the FOMC voter composition comes at an interesting time as the U.S. economy, for now, looks to be chugging along at a moderate pace, seen by the 3.2% GDP growth in the third quarter. Additionally, higher oil prices have also rekindled higher inflation expectations alongside the election campaign promises from President-election Donald Trump about fiscal spending. Currently, there is a broad view that the Fed would be looking at two rate hikes next year as the FOMC board is likely to be more active in pursuing tighter monetary policy.

Of course, the actual rate hikes will be no doubt data dependent. For traders, the main question is whether the U.S. dollar will continue to see more upside and whether gold prices will continue to fall post the Fed decision. For now, it is anyone’s guess as to how the markets will react but pay attention to the SEP and the press conference by Janet Yellen.