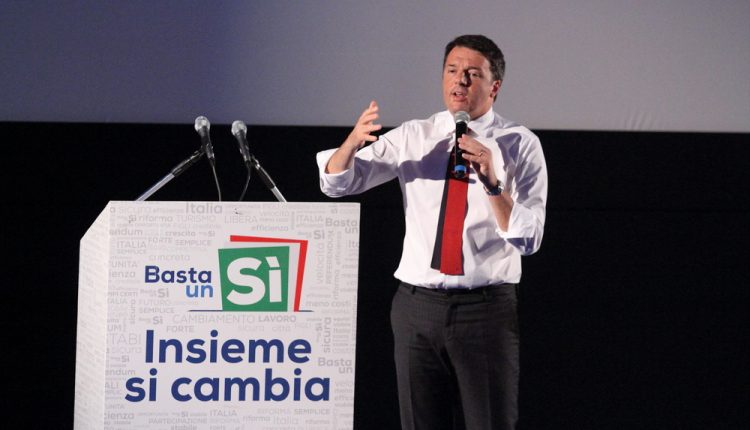 Frosinone, Italy – November 8, 2016 – The election campaign of Matteo Renzi for the constitutional referendum

This week, OPEC’s bi-annual meeting in Vienna will take the center-stage for the markets as traders await the decision from the OPEC meeting on potential production cuts. In economic news, the week will mark the transition into December with key high impact data from the US being the focus for the market and finally Sunday’s referendum in Italy is likely to trim risk appetite. Here’s the lowdown on this week’s key events for the currency markets.

OPEC to decide on production cuts

Oil prices have stabilized in recent months and since September, after the informal meeting in Algiers the expectations have increased even more that OPEC nations will reach an agreement to limit production when they meet this Wednesday.

In September, on the sidelines of the Algiers Oil summit forum, OPEC leaders agreed informally to limit OPEC production between 32 million – 32.5 million barrels per day. While some nations such as Iran, Libya and Nigeria expressed reservations on the production limits, the three countries have been exempt from the production cut in the initial decision in Algeria.

According to the latest monthly OPEC report, crude oil production from OPEC rose to an average of 33.64 million barrels per day. In early October, an Algerian official told local TV station that OPEC members could look at cutting more than what was announced earlier, which could be bullish for Crude oil prices in the near term.

Still, the events from the Doha oil summit earlier this year is still fresh in traders’ minds and there are a lot of questions as to how Saudi Arabia and Iran the two big players in OPEC will reach an agreement.

Final economic data from the US before FOMC

The market expectation for an interest rate hike in December has an above 90% probability for a 25 basis point increase. Both economic indicators as well as speeches from Fed officials have seen the consensus increasingly tilted to the December FOMC meeting, nearly a year after the first rate hike.

The later part of this week will be marked by fresh economic data which includes key reports such as the ISM manufacturing PMI and Friday’s payrolls report.

ISM manufacturing PMI is expected to rise to 52.1 which could mark a third consecutive month of increase. On Friday, the payrolls report for November will be released with expectations showing that the US unemployment rate was unchanged at 4.9% during the month while the US economy is forecast to add 165k jobs during the month. Average hourly earnings are also forecast to rise only 0.2% following the 0.4% increase previously.

Still, the bar for a ‘disappointing’ jobs report is very low meaning that anything above 100k in jobs or the unemployment rate rising back to 5.0% will not shift the Fed’s view on a December rate hike.

On Sunday, December 4th, Italy will be holding a referendum on constitutional reforms. Majority of opinion suggests that the electorate will be rejecting the reforms which is aimed to bring sweeping constitutional changes. Italian Prime Minister, Matteo Renzi has been campaigning hard but also pledged that a ‘No’ vote would see him resign and call for fresh elections.

Following the Brexit outcome and the Trump victory, the markets are now pricing in the impossible, but just as seen with the opinion polls this year, it will be too close to call.

If the Italian referendum is rejected it could likely bring a lot of uncertainty to European politics. The ECB already recognized this last week. The central bank warned that Italy’s vote could spark another financial crisis in the eurozone. The central bank said that it was keeping a close eye on the situation and said that it would support the markets in a difficult political environment. Watch for the single currency next week which is likely to be weighed by the political developments.

7 Things You Must Avoid to Succeed in Forex Trading