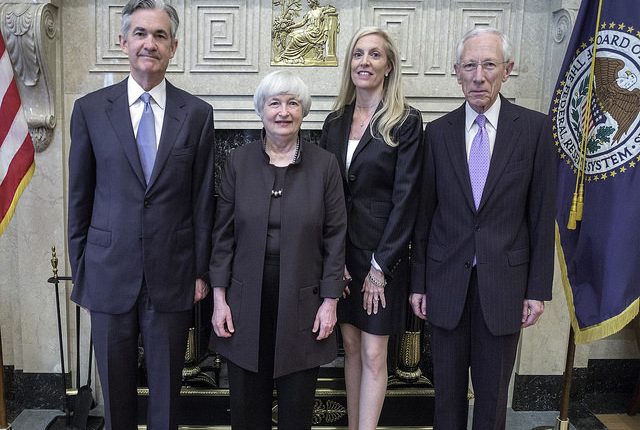 The FX markets got off to a jumpy start on Monday as the markets opened to the second US presidential debate. It was another victory for Democratic presidential candidate, Hillary Clinton as her opponent Trump was hit by fresh scandals. Although the Clinton camp had to defend itself against the Wikileaks release showing Clinton favoring trade and supporting Wall Street, it was less damaging than Trump’s. The dollar soared early Monday, giving Clinton another victory and the buck managed to remain on solid footing for the most part this week, supported by strong fundamentals and a weaker British pound.

In an otherwise quiet week, the September FOMC meeting minutes was released on Wednesday covering the Sep. 20 – 21 meeting. The minutes showed that central bankers debated the merits of hiking interest rates last month, calling it a ‘close decision’ with some members expressing the need for a rate hike “relatively soon.”

The minutes revealed that “Several members judged that it would be appropriate to increase the target range for the federal funds rate relatively soon if economic developments unfolded about as the committee expected.” But at the same time the case for and against a rate hike was equally balanced. “It was noted that a reasonable argument could be made either for an increase at this meeting or for waiting for some additional information on the labor market and inflation,” the minutes showed.

Although it is unlikely (but not impossible) for the Fed to hike rates in the November FOMC meeting which is 6-days ahead of the US presidential elections, the case for a December rate hike has continued to strengthen. The CME Futures Fed funds rate assigned nearly 60% probability for another 25bps rate hike for the December meeting, steadily rising and showing a near alignment of market and fed expectations of a rate hike.

Data from China was also the focus point for traders this week. On Wednesday, Oct. 13, China’s trade data showed weaker than expected numbers, which briefly spooked the markets and sent the dollar lower on the day. This in turn boosted demand for safe haven assets such as gold and yen, but was short lived. The weaker than expected exports data however highlighted concerns of weakness in global trade and demand.

However, Friday’s inflation data was more upbeat. Data showed that China’s inflation in September accelerated more than expected with a boost from producer price index as well which rose for the first time since 2012, largely on higher commodity prices and keeping in trend with a recovery that was seen over the previous months.

Headline inflation in China rose 1.90% in September, higher than 1.30% registered in August but was still below the 3% target rate for the year. Food prices increased 3.20% while non-food items rose 1.60%. PPI edged into positive territory, rising 0.10% in September compared to a 0.80% decline in August and beating estimates of 0.30% decline.

Veronika Pechlaner, European equity fund manager at Ashburton said, “Inflation has been quite a worry for some time, but the PPI number today is a very nice change, and a much better number than the negative numbers we had prior. So that gives us a bit of confidence.”

Coming up: US retail sales and Yellen speech

Later this afternoon, US retail sales numbers will be on tap. Expectations call for a 0.40% increase in core retail sales while the headline print is expected to show a 0.20% increase. The expectations are higher compared to the 0.10% decline and a flat print respectively in August.

Fed members Eric Rosengren will also be speaking followed by the Fed Chair, Janet Yellen’s speech coming up later in the evening, both of which could pose a major risk to the US dollar as traders unwind for the weekend.