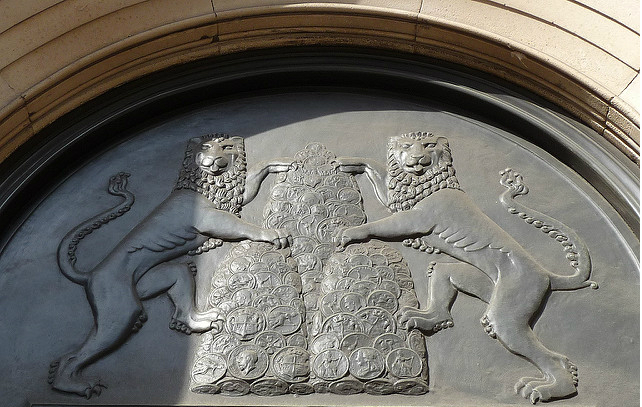 The US dollar started the week on a strong note, keeping the gains from last Friday. Investors were spooked as the reality of the Fed’s decision edged closer surrounding the uncertainty of the central bank’s next policy move. Economic data on Monday was very limited leaving most of the markets unchanged. In Asia, data from Japan saw producer price index falling 3.60%, more than the forecasts, but the pace of declines was considerably lower compared to the previous month.

On the commodity front, oil prices, however, continued to post steady declines, giving up the gains made on the EIA’s large inventory draw down. For the most part of the week, oil prices continued to weaken, and the weekly crude oil inventory report failed to stem the declines, which showed a smaller drawdown in oil inventories.

The Fed’s Lael Brainard’s speech was, of course, the main theme of the day. Considered to be a dove, Brainard said that the case to tighten monetary policy was less compelling. Her dovish comments were widely expected, and the US dollar saw a modest sell off into closing session. Still, the declines were limited.

In the UK, consumer price index remained steady at 0.60% on a year over year basis in August. However, the ONS said that price inflation was seen at factory gate with PPI output prices rising 0.80%. Overall, the pace of increase was slightly below market forecasts.

Mike Prestwood, head of inflation at ONS said, “Fuel costs falling more slowly than a year ago as well as rising food prices and air fares all pushed up CPI in August, but these were offset by hotels, wine, and clothing leaving the headline rate of inflation unchanged. Raw material costs have risen for the second month running, partly due to the falling value of the pound, though there is little sign of this feeding through to consumer prices yet.”

Wednesday saw the markets focus on the UK data with the jobs report on tap. The data from ONS showed that the UK’s labor market continued to remain steady with unemployment rate seen at 4.90% for the third month. However, wage growth was slightly stagnant with average earnings excluding bonuses rising 2.10% which was lower than the 2.30% increase seen previously. Nick Palmber from ONS said, “These figures show continued labor market improvement, with the employment rate remaining at a record high and inactivity at a new record low. The headline labor force survey and earnings data are for May to July, so cover one month since the result of the EU referendum became known.”

In the US, import price data showed a decline for the first time in six months. Data from the US labor department showed import prices falling 0.20%, more than expected.

Thursday’s session was busy across the board. In New Zealand, the overnight session saw the quarterly GDP numbers rising 0.90% in the second quarter. It was slightly below the consensus estimates, but the first quarter numbers were also revised higher. The data saw a rather muted response from the NZD. In the European trading session, the focus was on the central bank meetings.

The Swiss national bank held the 3-month LIBOR rate unchanged at -0.75%. Later in the day, the Bank of England’s meeting saw no changes to monetary policy being made, but the central bank’s statement said that policymakers continue to keep a close watch on the economy to see if the further stimulus was needed.

Data from the US saw producer prices index staying flat in August, while retail sales continued to slow, falling 0.20% in August. On the manufacturing side, data was mixed with NY Fed’s manufacturing index falling to -2.0 while the Philadelphia Fed index rose to 12.8. The dollar was considerably weaker on the news but was muted.

Friday was relatively quiet with economic data mostly confined to the second tier. The US consumer price index was the main highlight for the day, and in a surprise twist, data showed that inflation was firming. Consumer prices rose 0.20% on a month over month in August while core CPI excluding food and energy rose 0.30% on the month. It was also the largest monthly increase in core CPI since February this year. The data beat the market consensus by a strong margin. Compared to a year ago, headline inflation rose 1.10% in August with core CPI rising 2.30%.

Summary of Economic events this week

How To Trade The US Inflation Data?