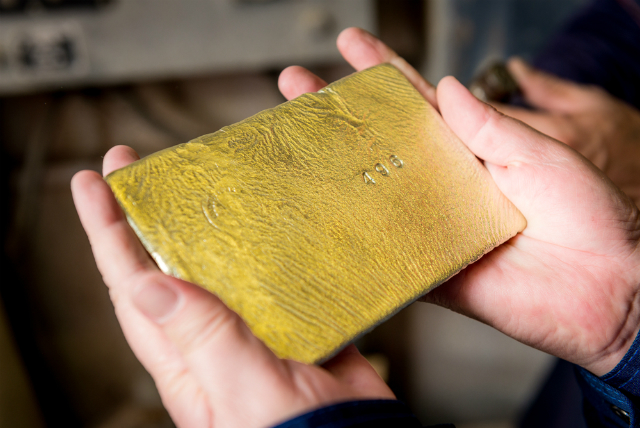 Gold prices which posted strong gains since January this year fueled by uncertain monetary policies and a weaker US dollar got another boost with the latest report from the World Gold Council (WGC) showing that demand during the first half of 2016 was the highest on record. Gold backed ETF’s were the highest asset class which accounted for 580 tonnes during the first six months of the year and offset the net decline in gold sales from central banks and weaker consumer demand from China and India.

According to the WGC report, gold demand reached 2,335 tonnes, which was about 16% higher than the previous record set in the first half of 2009. In the second quarter of 2016, overall gold demand picked up 15% compared to the same quarter in 2015. The report also showed that markets such as China and India saw consumer demand falling by 15% and 20% respectively.

Alistair Hewitt from World Gold Council commented that “The strength of this quarter’s demand means that the first half of 2016 has been the second highest for gold on record, weighing in at 2,335t. The global picture for gold is dominated by considerable and continued investment demand driven by the West as investors rebalance their investments in response to the ever-expanding pool of negative yielding government bonds and heightened political and economic uncertainty.”

Why has gold remained a favorite?

Gold prices remained in favor for the most part of this year. Initially, gold prices surged after the Federal Reserve hiked interest rates in December 2015 while monetary policies from other central banks such as the Bank of Japan and the ECB continued to show little evidence of quantitative easing helping in stoking inflation. The June Brexit crisis further added to gold’s surge as investors flocked to the safety of gold amid geopolitical concerns. Gold and gold-related financial assets have remained the safe haven choice as bond yields also started to come under pressure.

Yields on some of the short-term bonds such as the 10-year have remained suppressed as some of the major central banks engage in bond purchases which in itself has also fallen out of favor. While the ECB continues to struggle to find eligible bonds, which according to some sources could see the central bank run out of bonds by the end of this year, the Bank of England, whose QE is more conservative in comparison also ran into problems earlier this week as pension funds were unwilling to sell the bonds. Under such circumstances, gold continues to remain as a firm favorite.

Allianz SE, chief economic adviser Mohamed El-Erian said, “While some may see gold as a hedge for the possibility of high inflation, the main driver of investor appetite at this stage is concern about the overvaluation of other financial assets, particularly stocks and bonds whose prices have been artificially lifted by central bank actions.”

For full details on the WGC’s report, click here.