Weekly Forex Preview: BoE, US retail sales under the scanner 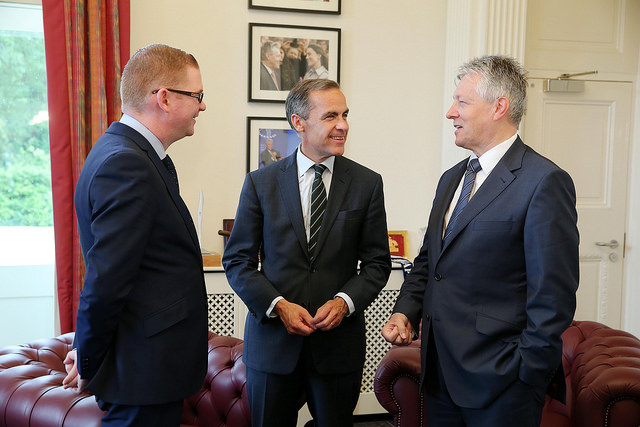 The Australian dollar was the weakest currency last week led by the RBA’s 25bps rate cut and a weak inflation forecast which fueled speculation of another rate cut by August this year. As a result, the AUD fell over 3.11% this week marking the second week of declines and closing at a 9-week low. Commodity-linked currencies were broadly weaker with the CAD and the NZD losing out as well.

The US dollar managed to gain this week, despite starting off on a weak note and the US Dollar Index briefly falling to an 18-month low. By mid-week, the dollar posted a strong recovery while the yen, which also started the week on a stronger note gave back some of its gains.

AUD: After a busy week and the RBA rate cuts last week the economic calendar from Australia is quiet for the week ahead. Secondary data includes ANZ job advertisements and home loans which is expected to show a -1.40% declines on the month. With the lack of any major fundamentals to go by, the AUD will most likely look to the US fundamentals and data from China over the week.

NZD: The Kiwi is likely to come under pressure this week as RBNZ releases the financial stability report followed by speaking engagements from the RBNZ Governor, Wheeler. On Thursday, quarterly retail sales data is expected to show a slower pace of gains, rising 1.0% for the first quarter, down from 1.20% gains seen in the previous quarter. Core retail sales data from New Zealand is expected to rise 1.10%, less than the previous quarter’s 1.40% increase.

CNY: Data from China the coming week will see the inflation data, which is expected to throw no surprises. Analysts expect to see China’s inflation remain flat, rising 2.30% the same pace as last month. Producer prices are however expected to continue improving, falling 3.80% on the month compared 4.30% declines previously. Industrial production is due on Saturday and is expected to see a soft pace of growth, rising 6.50% from 6.80% previously.

JPY: Following a quiet week long holiday, Japan will be in focus with Monday’s BoJ meeting minutes release from the April meeting. Cash earnings data is expected to show a 0.60% increase less than the previous months 0.70% gains while consumer confidence is expected to slip to 40.8 from 41.7 previously. The BoJ will also be releasing its summary of opinions mid-week.

EUR: From the Eurozone, the focus will be on Germany with factory orders due on Monday. Expectations call for a 0.70% increase following a 1.70% decline previously. Later in the week, German preliminary GDP estimates for the first quarter will be released with expectations of a 0.60% increase, up from 0.30% previously, but inflation is expected to remain weak, falling 0.20% on the month. Eurozone GDP estimates for Q1 is expected to show no change, staying at 0.60% in the first three months of the year.

GBP: A busy week for the UK starts off with manufacturing and industrial production which is expected to see a recovery. Forecasts are for a 0.40% increase in manufacturing production following a 1.10% decline previous while industrial production is expected to rise 0.70% offsetting the 0.30% declines in the previous month. The main event will, however, be the Bank of England monetary policy meeting. Interest rates are expected to remain unchanged, but the BoE could strike a dovish tone in light of the recent weak PMI readings in April.

CAD: A quiet week for the Canadian dollar, housing starts make for the only main release for the whole week, with a forecast of 195k compared to 205k previously. Housing price index data for the month is expected to rise 0.30% in March, up from 0.20% previously.