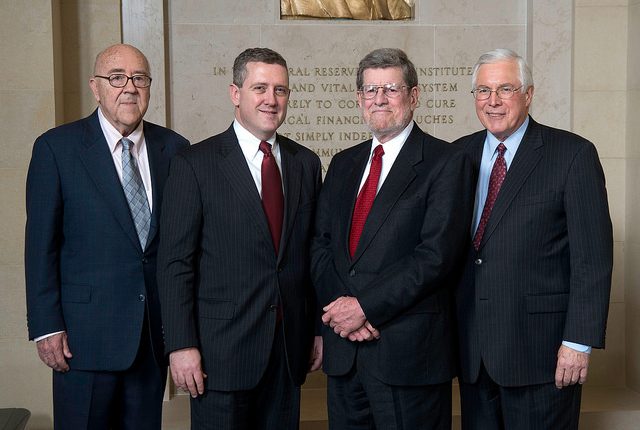 The Japanese Yen fell sharply on Monday’s Asian trading as the proposed sales tax hike was postponed by two and a half years. French GDP for the first quarter was revised higher than the initial estimates. US and UK markets are closed today.

James Bullard, the St. Louis Federal Reserve President speaking at an event in Seoul, South Korea said on Monday that the global markets were well prepared for a summer rate hike from the Fed. He, however, refrained from specifying a date for the next policy move.

“My sense is that markets are well-prepared for a possible rate increase globally, and that this is not too surprising given our liftoff from December and the policy of the committee which has been to try to normalize rates slowly and gradually over time,” Bullard said at a news conference. His comments come after Friday’s revised US GDP for the first quarter showed that the economy grew a pace of 0.80%, more than the 0.50% increase from the initial estimates. Bullard said that a rebound in the US GDP growth could materialize in the second quarter.

On Friday, following the GDP revision, Fed Chair, Janet Yellen spoke at the Harvard University where she came out hawkish than expected, noting that a rate hike would be appropriate over the following months. Investors are currently looking at the June/July FOMC meetings as the next possible dates for the Fed to hike the Fed funds rate.

News reports earlier today showed that Japanese Premier, Shinzo Abe decided to delay the proposed sales tax hike by two and a half years, until October 2019. The sales tax was previously planned to come into effect in April 2017, hiking the consumption tax from 8% to 10%. After Abe’s Liberal Democratic Party and its coalition partner had agreed, the decision was announced.

The yen weakened as a result in early Asian trading today. USDJPY was seen trading above 111Yen while GBPJPY managed to break above the 162.5 handle. The yen also weakened as investors in Asia bid up the US dollar following Friday’s hawkish comments from Fed Chair Janet Yellen. “From earlier in the morning, there has been [dollar] buying from Tokyo-based investors who missed a chance to buy,” Osao Iizuka, head of Fx trading at Sumitomo Mitsui Banking Corp. said.

The second revision to the first quarter GDP growth from France showed that the economy expanded at a pace of 0.60%, up from 0.50% growth recorded in the preliminary estimates. Data from French statistics agency Insee showed on Monday that on a year over year basis, French GDP grew 1.40%, up from 1.30% previous estimates. The revised GDP numbers come after Friday’s French consumer confidence index rose to a 15-month high.

“Growth in the first quarter came on solid domestic demand which managed to offset the negative contribution from the external sectors,” Jean-Philippe Pourcelot an economist with Focus Economics said. The government expects economic growth of 1.50% in 2016 and in 2017.

In a separate report, Canada’s producer price index fell unexpectedly in April on lower prices for motor vehicles, while the raw materials price index increased on Crude Oil’s price rally. PPI fell 0.50% in April, which surprised to the downside. Economists were expecting a 0.90% gain on the month. The declines in the PPI came with a 2.20% drop in automobiles and light trucks. Statistics Canada said that the fall in vehicle prices was closely tied to the gains in the Canadian dollar. Canadian PPI decreased 1.60% in April on a year over year basis.