Three Forecasts on Oil and One Accurate Prediction 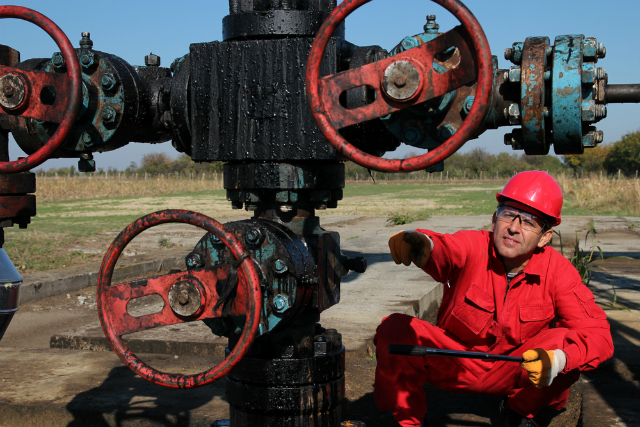 Covering the boldest of bullish and bearish forecasts on Oil so far, only one company’s forecasts have been right on target.

The Doha failed oil negotiations clearly was the big market moving event this week. In what would have otherwise been a slow start to the week with economic data staying largely quiet, the Sunday’s Doha talks however set into motion various markets. Oil futures, both Brent, and WTI gapped lower, the yen surged while gold’s moves were limited.

Crude oil, which turned bullish just a week ago, is now on shaky grounds as to what will happen next. The uncertainty in the oil markets has also seen widely divided opinions among analysts and investors as well.

Here are the top three forecasts on oil, ranging from the boldest of predictions to the most conservative.

BusinessInsider reports that Gary Shilling has upped his (bold) forecasts for oil prices to fall to $10 a barrel. Gary Shilling is a financial analyst and twice ranked as Wall Street’s top economist and voted the No. 1 Commodity Trader Advisor by Futures magazine in the US, according to Shilling’s biography. Shilling’s bold call for $10 a barrel of Oil was first published in December 2014 on BloombergView. Brent was trading at $61.38 while WTI Crude Oil settled at $56.52 at that time. According to Shilling and his famous chart “This graph must drive the Saudis up the wall” Shilling argues that OPEC production was essentially flat for a decade which led to the US frackers eating into its market share. Shilling believes that the current oil wars are not about the price to balance budgets or total cost of production but the marginal cost, which according to him is $10 – $20 a barrel in the Persian Gulf.

CNBC.com reports that according to some portfolio and fund managers, the recent no-deal in Doha was, in fact, a better deal, in the long run, citing that rebalancing process of supply and demand would reach its natural conclusion. Michele Della Vigna, co-head of European Equity Research at Goldman Sachs said that “We can see it as the rational decision that there has been no decision.” According to Michele, it has taken 18 months for the markets to rebalance amid falling non-OPEC production while demand is showing signs of recovery. He believes that had OPEC members reached an agreement in Doha; it would have brought oil prices back above $40, and that would incentivize producers to ramp up production again. Echoing Della Vigna’s views are other firms that are making bullish calls on exploration and production companies as many of these hedge fund firms expect that the lower oil prices have led the companies to balance their budgets and be leaner and notes that this is the reason why the E&P sector is up 9.0% on a YTD basis.

Joining Goldman Sachs forecasts, many analysts expect Crude oil to trade near the mid 30’s – 40’s in the near future.

Andy Hall, nicknamed “God of Oil Trading” who runs a $2 billion energy and commodities hedge fund, Astenbeck Capital has been the most bullish of all. Despite his fund falling 4% in January following losses of over 36% a year before, Andy Hall expects oil prices to trade near $60 – $80 as he expects the oversupply and the imbalances to turn to a deficit. He expects the rapid reductions in inventories to lead eventually to higher prices.

The most accurate/nearest prediction on Oil so far

The winner is undoubtedly Citigroup, which called it “trade of the year” back in January 2016. Citigroup’s forecast on oil was supported by UBS Group AG to Societe General SA. According to this article on Bloomberg, Citigroup noted that while Iran’s supply might flood the oil markets even further, they expect production to stay flat. In January, Citigroup said that Oil would hit a bottom within one – three months (Oil hit a bottom near $26 just under a month later) and expects Brent oil to average near $41 in the third quarter of 2016 and to $52 in the final three months.