Exciting times ahead for the US dollar 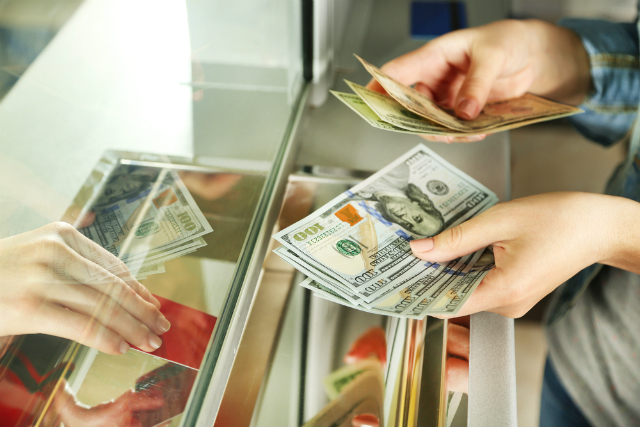 The greenback showed some signs of life this week as the US dollar managed to recover from its previous weeks/month of declines. Fundamentally, there was not much of economic data to help the dollar during this week. While inflation showed signs of a rebound, it was still weak compared to inflation prints from other major economies such as in the UK and other periphery European countries where inflation managed to tick higher. For the US, the only thing going in its favor is the continued strength in the labor markets based on this week’s weekly unemployment claims.

The dollar also managed to find support from the BoJ officials who continue to jawbone the yen which is helping the dollar to push higher. The week ahead is limited in terms of economic data from the US, leaving the dollar vulnerable to technical trading.

As noted in our previous analysis on the US dollar, the technical analysis showed that the buck could dip as low as to the 94.0 handle, which it did this week and remarkably posted a reversal with the doji pattern formed on Tuesday, April 12th. We now expect to see the dollar push higher towards 96.0 initially with the scope for a move higher towards 97.5 and stretching it to 98 if momentum can help. However, the longer term trends remain biased to the downside especially if prices start to reverse near the lower levels of 96.0.

The weekly chart for the US dollar index shows price action currently posting a bullish candlestick near the support level of 94.5 – 94.0. Only a weekly close below 94.0 will confirm further downside bias, indicating that the recent declines are likely to stall for the moment. 96.50 is the initial level of interest which could be tested for resistance, but at the same time there is scope for the dollar to rally towards 98.0 as well. Note the minor descending wedge pattern is taking shape currently, which could see prices range towards 94.5 levels ahead of a breakout to the upside. While it is too early to tell, watch for a potential head and shoulders pattern that could take shape in the process. If we find the US dollar to form a right shoulder near 96.5 through 98.0, then the neckline support at 94.5 – 94.0 could be critical. A break below this level could send the US dollar towards 90.5 – 90.0

On the 4-hour chart, we can see that the 95.0 level is proving to be a strong resistance at this point with multiple attempts seeing strong rejections here. A dip towards 94.50 and possible to 94.25 region could establish firm support ahead of a break out above 95.0 for an eventual push to 96.0.

To conclude, the dollar index is likely to push higher in the near term following a test to 94.0 – 94.25. Establishing support here could see the current resistance at 95.0 give way for a rally to 96.0 – 96.5 levels with the potential to move towards 98 as well. Forming a lower high near 98 could offer initial signs of a possible head and shoulders pattern taking shape, which could see the dollar index fall towards 90.5 – 90 over the next few months.