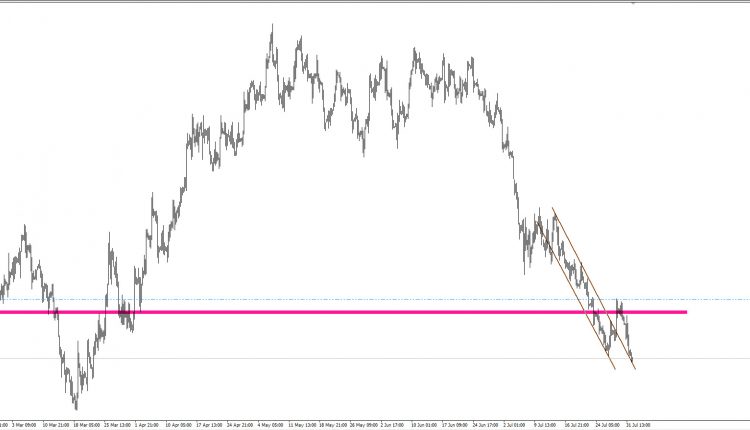 After recording the lowest level of the year (45/44 levels) because of a material increase at supply side with a slowing demand and demand growth expectation by the major institutions of that market. The market has reacted from that bottom to enter a consolidation phase and recorded 65as the highest level for that short-term trend. we are neutral until now between the critical resistance at 53.60, and besides 50.50 support (Penetrated it already ! )., the price needs to breach one of these levels to detect its next trend clearly. which its next targets reach towards 48.00 (Penetrated it already ! ) as we expected. Now the price remains stable below (50.50) level, to keep the bearish trend in the upcoming sessions, that the chances open to retest next main target again at (45) then (44). and in the bullish trend represents an initial target at 55.50 and extend to 58.00 again, that in while breaching the resistance.

** The following chart for the oil spot price ; the difference between chart price and future contract price ( CL_5U) is 0.20 .However , same analysis applied on both.