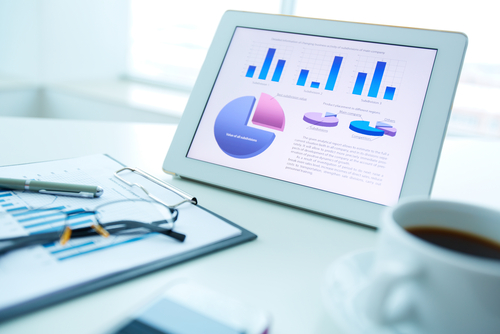 The Euro single currency emerged on the top last week as the risks of the Greek debt crisis showed signs of abating. Despite a shift to fundamentals, which should have seen the Euro weaken, the single currency managed to gain 1.37% for the week against the Greenback. The Kiwi dollar came in at a second close. This, despite the fact that the RBNZ cut rates by 25bps last week. The currency was well oversold expecting the RBNZ to cut rates and the recent gains by the Kiwi is more likely to be a short squeeze than a change of trend. The market expectations are for another 25bps rate cut at the next meeting.

On the tail end, the Aussie was the weakest currency last week falling -1.25% for the week. There were no major economic releases to justify the decline. The British Pound was also weaker last week falling -0.59% against the Greenback, largely due to weaker than expected retail sales data and the BoE minutes showing the MPC members saying unanimous for keeping rates steady at 0.5%.

Australia building approvals and PPI: The Aussie dollar will see the building approvals data and the producer price index this week. Expectations are for building approvals to rise 1.4%. Australia’s quarterly PPI rose 0.5% last month up from 0.1% the month before, thus a bullish print on the PPI is likely to give a boost to consumer inflation as well.

Canada GDP: After the BoC cut rates this month, the Canadian dollar weakened substantially. Economic data continues to remain mixed and the week ahead will see the monthly Canadian GDP. Expectations are for the GDP to stay flat for the month. Taken in combination with the US advance GDP a miss of estimates could further weaken the Canadian dollar in the event the US GDP numbers post a strong print.

Eurozone Flash CPI and ECB minutes: There are no major economic events from the Eurozone this week and the focus remains on the fundamentals. The Eurozone flash CPI data is due this week which is expected to stay unchanged. Also on the agenda will be the ECB’s economic bulletin which will reveal the minutes from the ECB’s meeting last month.

UK Preliminary GDP: The second quarter GDP for the UK is due this week and expectations are for a strong beat of 0.7%, up from 0.4% growth posted in the first quarter. The GDP print is likely to influence the BoE’s MPC voting members view as a stronger than expected print is likely to see the BoE start to shift market expectations regarding interest rate hikes. The BoE Governor has also been hawkish, as noted few weeks ago that the next policy change from the BoE would be for a rate hike.

Japan Retail sales: The economic calendar for the Yen is light this week with the exception of the retail sales data, which is expected to grow at a slower pace of 1.1% after rising 3% last month. The Japanese unemployment rate is also due this week and expected to stay unchanged at 3.3%. Other economic data includes the CPI numbers from Tokyo and the National Core CPI.

FOMC and Advance GDP: The Greenback heads into an important week as the Federal Reserve releases its monthly monetary policy. There will be no press conference at this meeting and policy is very likely to stay unchanged. Markets will be focusing on the tone of the statement to look for any shift in the Fed’s language for rate hikes. With Janet Yellen, in two instances last week reiterating the Fed’s stance for rate hikes this year, the expectations are hawkish. A day after the Fed’s FOMC statement, the US second quarter advance GDP is due for release. Expectations are for the second quarter GDP to have grown 2.6%. A beat on estimates is very likely to cement the view for the Fed to turn hawkish, although the markets need to see another month of a robust jobs report.