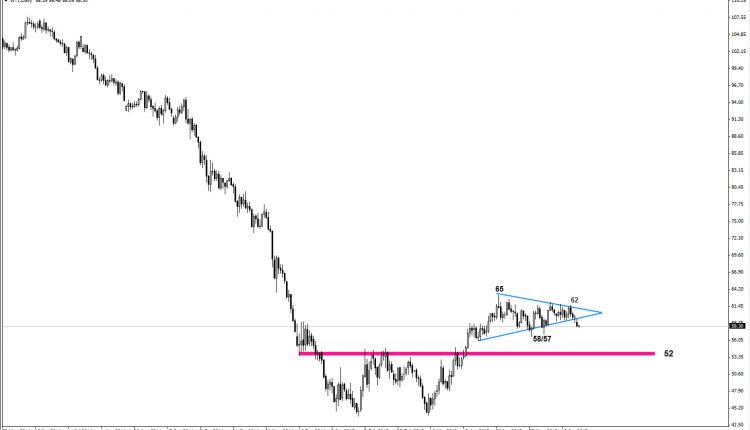 After recording the lowest level of the year (45/44 levels) because of a material increase at supply side with a slowing demand and demand growth expectation by the major institutions of that market. The market has reacted from that bottom to enter a consolidation phase and recorded 65as the highest level for that short-term trend.
The levels of 58/57 represent a major support level by breaking those levels the market would re-test the support of 52 (highest expected scenario) but should break one of the critical levels that represented by support level 55.50. Finally, the market is not priced any geopolitical risks’ development – any type for that risk would have a major impact on the prices, or a major change of US shale oil production as well.