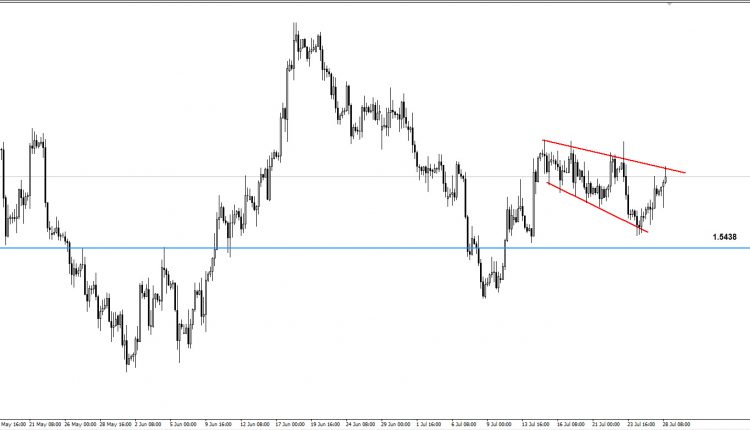 Recovering from the bottom with accelerated counter-trend move

The pair on a major wide consolidation area, ranging between 1.52s and 1.60s level, as more of the major pair the ranging market which is expected to follow that correction. As shown on the chart; upward breakout of the 1.60s levels will create more demand for buying the sterling against the US dollar which would accelerate the move toward 1.65s levels. Therefore, the bearish bias will be preferred in the upcoming sessions unless breaching 1.5730 level and holding above it, where the price targets now testing 1.5550 level, pointing that breaking it will push the price to next target level 1.5440, pointing that breaking the mentioned support will push the price for more downside moves, which its next track reach towards 1.5360, while breaking it will cause an extension in the bearish wave on the longest term to continue to next target 1.52. While breaching the resistance represents the key for regaining the bullish trend.

The failing to break the mentioned major resistance area (1.60s) then a range market is expecting with downward slope to test the 1.52s , 1.46s.