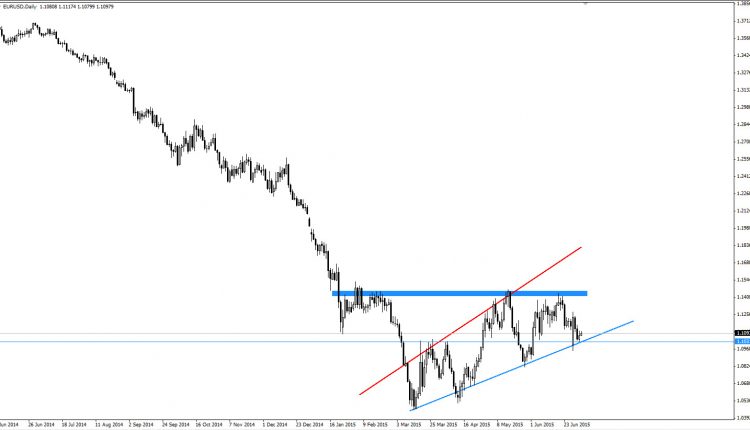 On short-Term the market is ranging between the levels of 1.10 and 1.15, any penetration of the market of one of those levels would push the market further on the breakout direction. where breaking the 1.10 support will extend the bearish correction to reach 1.0800 levels initial.

The downside breakout would be to test the levels of 1.04s (The lowest level of 2015) and the market then would await any penetration of that bottom which would push the market to the parity exchange.

However, the bullish scenario would be confirmed by the breaking the 1.15s rate on the short-term, crossing this pivotal level would push market toward 1.18 / 1.20 respectively.