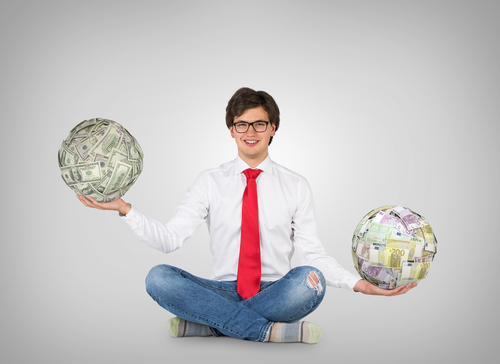 Correlations in the currency markets are perhaps one of the most commonly misinterpreted aspects that often ends up confusing the trader and at worst, ends up with the trader losing more than intended. When faced with the question of correlation, a typical answer would be to buy one currency pair and sell another currency pair, especially where there is a common quote or a base currency. As such, some simple examples that come to mind are:

For most traders, currency correlation starts and ends here.

As one can see from the above examples, the exposure to a single currency is quite large. Meaning that, in the first example, the US Dollar is being sold in both the cases. This makes the traders and the trades susceptible to volatility and unexpected variables (such as better than expected or surprise beat of estimates) in the US Dollar. This sudden or short term surge in the US Dollar would see both the EURUSD and the AUDUSD trades result in losing trades.

To answer the above question, traders need to look into the broader perspective, which is nothing but the inter market analysis.

In a closely knit world, the financial markets are relatively influenced by factors in other markets. For example, in recent times traders might have come across various news bits about the German Bond yields, the German DAX and the Euro. Fact is, all these three markets tend to work in an opposite direction.

For example, when the German DAX rises, the Euro falls against the US Dollar and vice versa.

The first chart below illustrates one such example where we overlay the German Dax index onto the EURUSD chart. Notice how both these two markets (stock index and currency) work opposite.

In the above chart, we can clearly see that when the German DAX or the EURUSD is at extremes, they often tend to converge, meaning that the German DAX moves in the opposite direction to EURUSD or in other words, it is negatively correlated.

Applying the above inter market analysis can offer great insights for traders as well offer the bigger picture in understanding what is driving the markets.

Reducing exposure to a currency

Going beyond the basics of merely buying a single currency against a basket of currencies, traders can look at completely different currency pairs to build up their correlated positions. 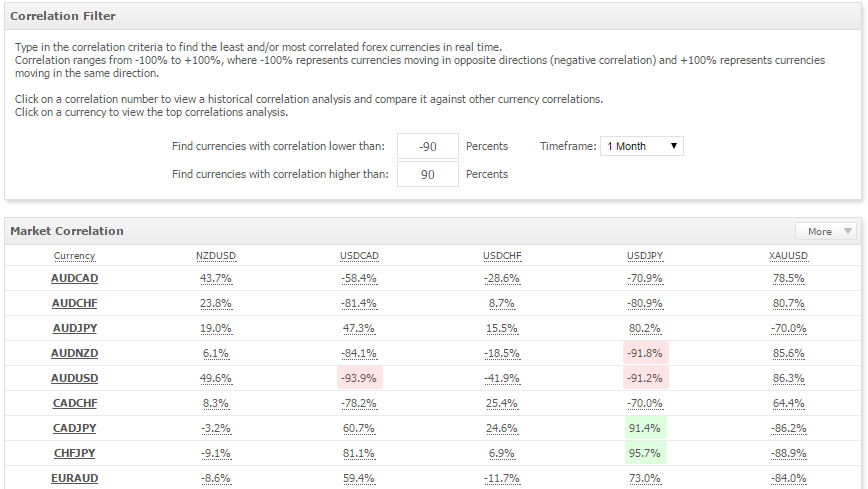 Using the above correlation matrix we can draw the following conclusions:

In order to reduce exposure to a single currency, traders can build their trades as follows:

If long AUDNZD, then short USDJPY (or vice versa)

This type of cross currency correlation can help traders to reduce their exposure to a single currency but also allows building up their equity while reducing the risks in the near term.

Bear in mind that the above correlation is based on a 30 day period, therefore AUDNZD and USDJPY do not tend to have similar up and down days but rather, the correlation should be seen from a bigger perspective.

As we can see from the above two examples, correlations in the financial markets can be used in a variety of ways. In this first article, we have merely scratched the surface when it comes to the concept of trading with correlations. In future articles, we will take a look at how currency correlation can help in identifying the potential currency pairs to trade.