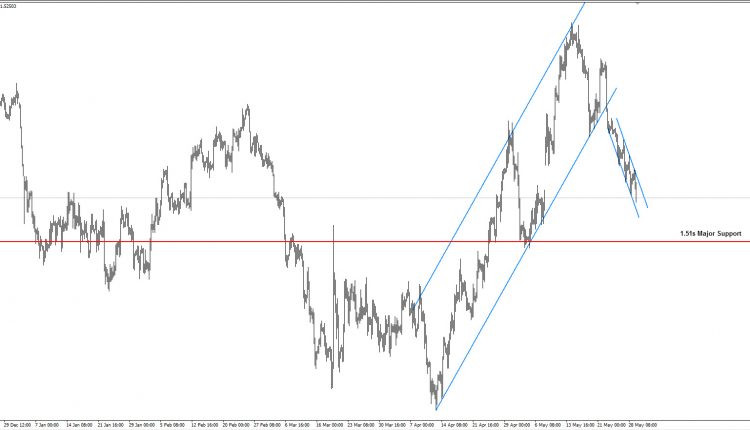 On the short-term , market bounced clearly to the downside and break support and settled below the bullish channel’s support at 1.5500, and any break for 1.5400 level will stop the suggested positive overview and push the price to turn its intraday and short term track to the downside. which forms good support base that supports continuing the positive scenario, where its next main target for positive scenario at 1.5700 level initially. while the negative effect still valid, Therefore, we keep the continuation of the bearish bias in the upcoming period, and the price needs to break 1.5300 level to confirm heading towards the extended target that reach towards 1.5140. taking into consideration that close below 1.5140 will push the price to decline towards 1.5020 then 1.4910 levels on the near basis.