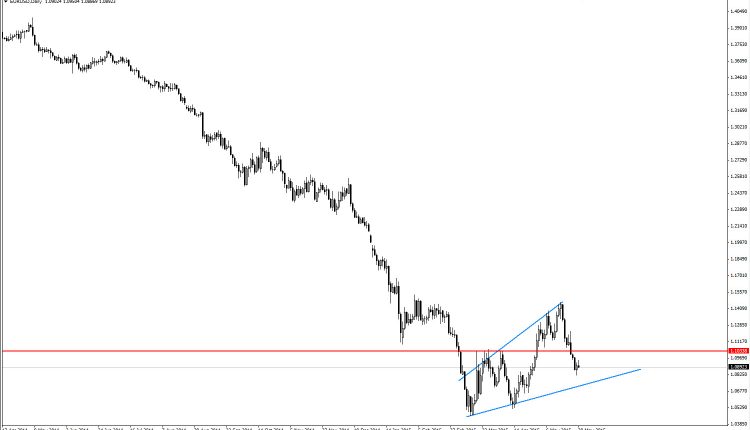 On the short -term the market with downside scenario and ranging between 1.1200 and 1.0800 levels.

The market it was ended last week’s trading with strong negativity and confirm our bearish trend after the breakout for key support areas at 1.1000, that stop the recently suggested bullish trend scenario, so we suggested for the upcoming period as a correction phase and a re-test for the major support which were broken out on the last session ( 1.0950 , 1.0800). trading below 1.0950 level, which provides more support for the bearish trend scenario on the short term basis, waiting for surpassing our first target at 1.0800 then 1.0750. but the failure of the market to maintain the bullish trend is currently trading rebound to passive trade is still trading in a limited range between levels (1.1300) and (1.0800), but we should note that it is important to hold above (1.1200) level and the penetration for the levels of (1.1300) is more bullish action to be generated and drive the market again to the 1.15 levels.