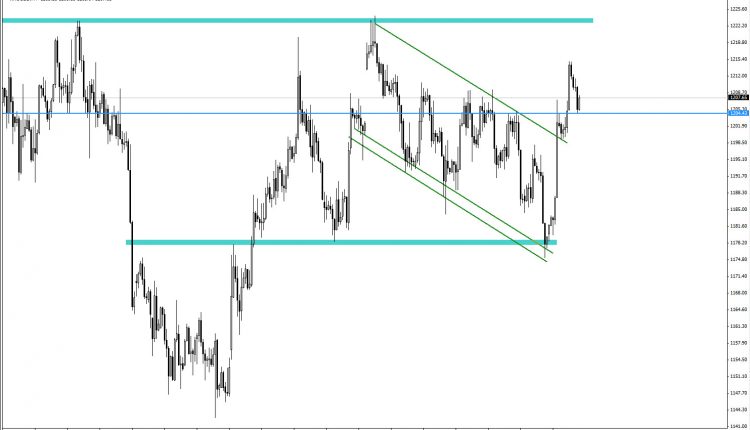 On the Short-term ; the market has penetrated the short-term support area which is 1188 ; however , this breakout could not be trusted unless market would be traded below 1178.As we can notice on the chart ; However , the market is trading higher than the major support level of 1200 which is giving more sentiment to buy the yellow metal on the short-term which would push the prices higher to re-test the 1222 resistance levels , by penetrating the 1222 resistance we would expect a 1250 levels to be the target for the coming weeks ( The most probable scenario ) ; in case market felt back below 1178 ; then the sell scenario would be effective once more and our long-term trend would be in place.