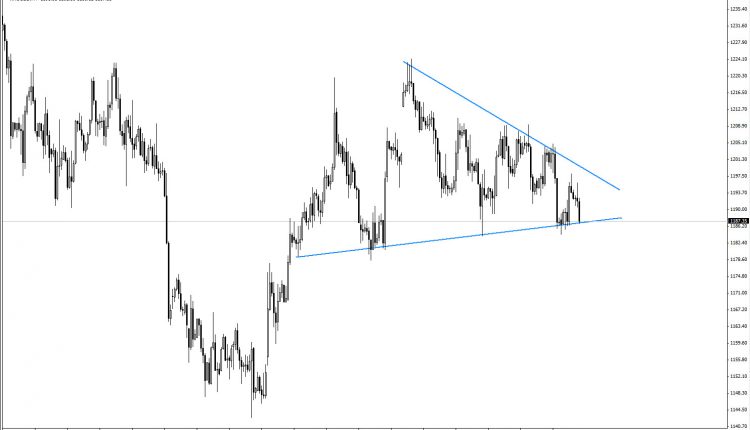 On the Short-term ; the market has penetrated the short-term support area which is 1188 ; however , this breakout could not be trusted unless market would be traded the level of 1184 today and to close bearishly.

On the longer-term view : The view has become stabilized after a drop was expected further ; the market would range between 1250 and 1190 ; the penetration of one of this level would determine the new direction and continuously we would update the view as the factors are changing .