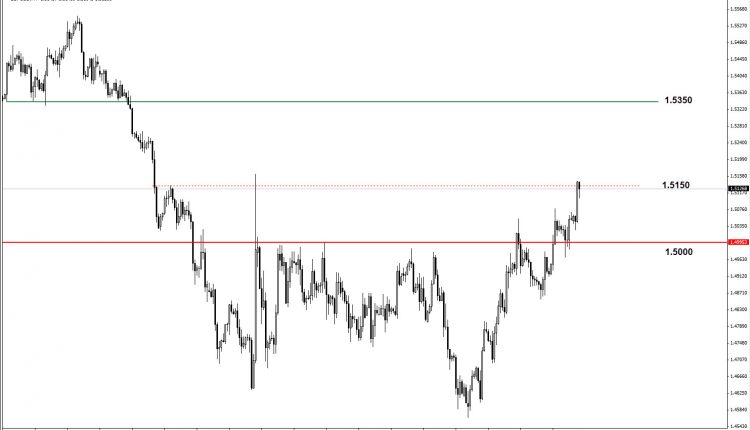 On the short-term , market break resistance levels which is considered a pivotal level on the mid-term ( 1.5050 ) and still stable above it, which forms good support base that supports continuing the positive scenario in the upcoming period, expected trading range for today is between 1.4900 and 1.5200. waiting to visit 1.5380 level initially. It is important to note that breaking 1.5000 level might push the price to turn intraday track to the downside, and a potential visit to 1.4800 level before any new attempt to rise.