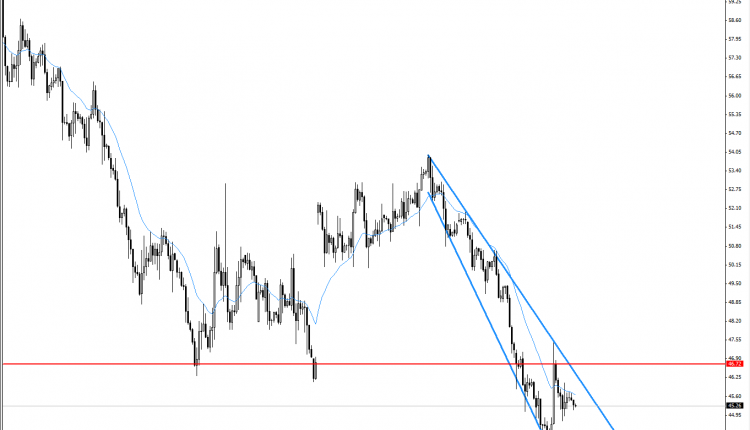 Market has corrected to 47s levels yesterday , but has been sold of once it touched the downtrend as shown on the chart ; the more downward pressure on oil still existing and market fundamental of energy sector has not been changed which mean the downtrend is expected – or to be more accurately expect a trading range between the 43 and 46.70 levels with downward slope of that range .

in case the market has broken the lowest levels achieved at 43.70 levels the more drop is coming toward 42 / 38 levels ( most probable scenario – however , higher breakout above the levels of yesterday high at 46.50 means back to 50 /55 dollar for each barrele will be the coming target.

market has broken the recent major support of 45s levels as shown ( previously had broken the consolidation pattern ) ; on the short-term we do expect a lower levels of 42 and 38 respectively as long as market below 48 ( which considered on the mid-term pivotal area )