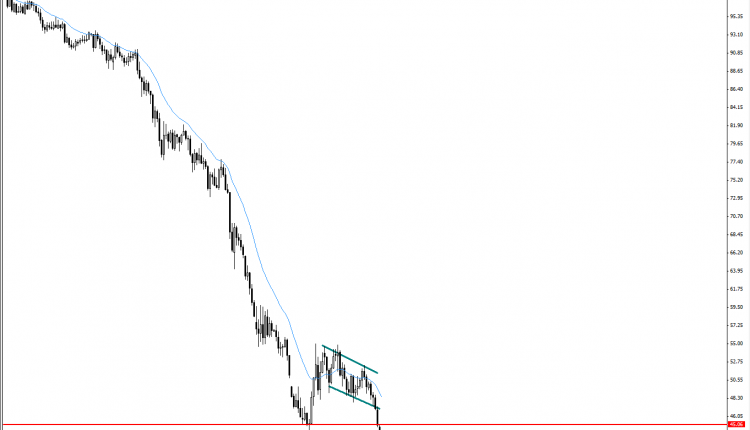 Market managed to add more drop pressure after the International Energy Agency predicting the lowest demand growth since 2009 ; The international energy Institution announced on the Friday ; that the production has now been reduced and the demand did not grow which added to the negative pressure on the market.

market has broken the recent major support of 45s levels as shown ( previously had broken the consolidation pattern ) ; on the short-term we do expect a lower levels of 42 and 38 respectively as long as market below 48 ( which considered on the mid-term pivotal area )