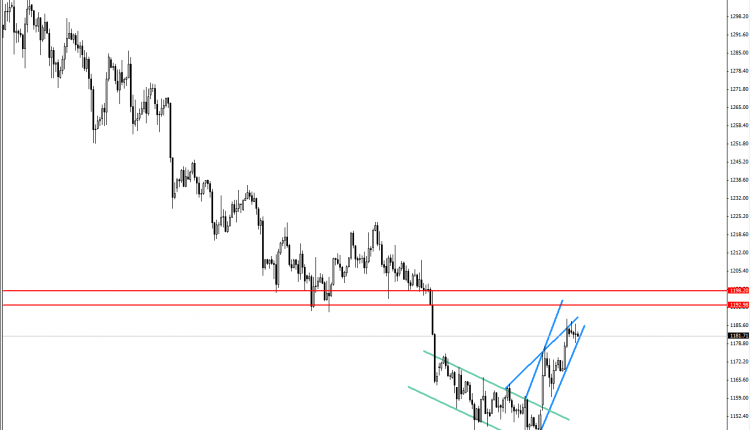 As shown on the H4 chart the market is rising on a channel to pullback the recent drop ; Market has broken the declining channel which is expected to pullback some of its loses at the levels of 1192/1198 as shown on the chart. however , this retrace will not as fast as the decline ; as shown the market is taking a rising channel pattern which the prices is expected to overlap on the previous days prices range and the rising in generally would be slow . Also as shown on previous analysis the market in general on a range phase which would effect the trading activity on overall .

if the market has generated a signal at the 90s levels the the sell-off would be expected to retest the previous levels and reach a new low levels as well. on our broad expectation the levels of 1120 and 1050 is still activated and further declining is coming probably – but as we know the market is moving in waves and now the intermediate retrace wave of the declining era