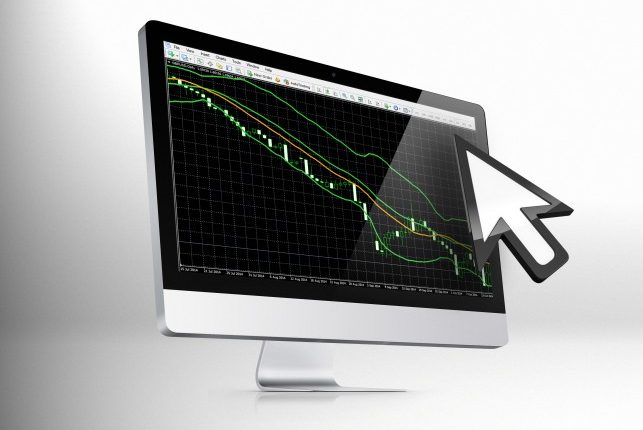 Trend lines, rising and falling lines are one of the simplest ways for traders to trade based on price action. However, there is often a lot of confusion in regards to how to plot the trend lines and where exactly, or at which point does one get into the trade. The Trend line break trading strategy offers traders, insights with minimal subjectivity involved while at the same time presenting a simplistic price action based trading strategy.

What are trend lines?

The chart below shows an example of a rising and a falling trend line respectively as well as the price action that follows after the trend line was broken. 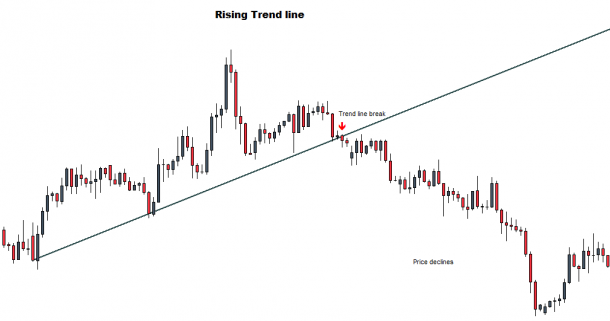 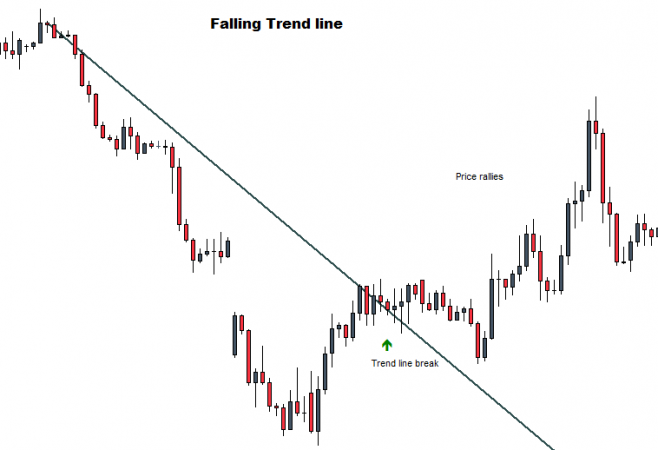 Why do trend lines work?

Trend lines work for the mere reason that price never travels in a straight up or straight down fashion, but rather moves in a series of up and down waves. The trend lines work incredibly well, when the correct wave is identified and when the trend line is broken by price; it signifies a correction to the previous move or leg.

How to plot trend lines?

In order to trade with trend lines, traders need to first understand the right way of plotting trend lines. While there is a lot of debate whether to use the highs and lows or closing prices, a logical conclusion is that one should always use the closing prices for connecting trend lines. This is because the closing prices are often given more weight and reflect trader activity rather than the highs and lows, which are mere rejections of the price movements. In order to plot trend lines correct, first switch your charts to the line chart (closing line chart) and then connect the peaks (higher closes) or troughs (lower closes) with at least two contact points. Once the trend line is plotted, you can then switch back to candlestick charts. Comparing the above two methods, firstly plotting trend lines connecting the lower lows on the line chart removes quite a bit of subjectivity involved. In comparison, the candlestick chart with its highs and lows makes it a bit more complex in trying to identify the right lows to connect the rising trend line too.

It is therefore, essential to note that at least for beginners, it is a good practice to first plot a trend line on the line chart and later change to a candlestick chart.

Now that we know how to plot trend lines, in the next part we will deal with the trade aspects of the trend line strategy.