RBNZ takes a neutral stance as OCR is unchanged at 1.75% 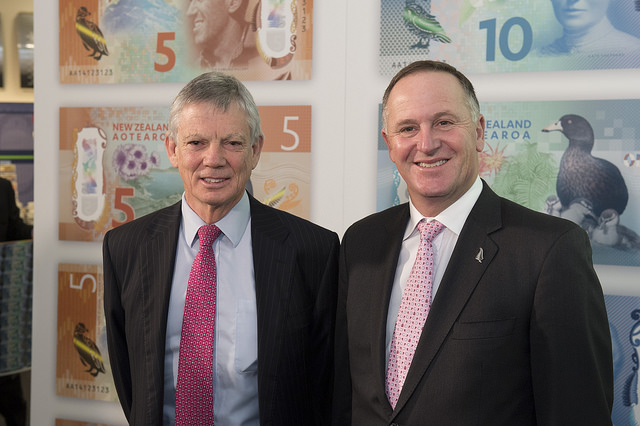 The central bank noted that economic developments since the February monetary policy statement has been neutral and maintained a somewhat dovish language saying “monetary policy will remain accommodative for a considerable period.”

The statement was surprising, considering that given the recent uptick in inflation and employment data, the RBNZ could be looking at speeding up the pace of rate hikes and thus come out hawkish in its statement.

The RBNZ’s meeting in May was a disappointment for market hawks who expected the central bank to come out in support of rate hikes. However, the central bank was not convinced and opted to wait for more evidence that inflation will stay put within the 1 – 3% target band.

The central bank was also not very convinced on the 2.2% jump in inflation, noting that most of the gains came due to temporary factors. Even the inflation forecasts for two years ahead showed an increase as inflation expectations increased 2.17%, which stoked expectations of a hawkish touch from the central bank.

However, the RBNZ said that its forecasts of inflation, a year from now is lower than it was in February. Inflation is expected to remain around 1.1% until the first quarter of 2018.

The RBNZ’s inflation forecasts for tradables were revised higher to reflect the lower exchange rate for the New Zealand dollar.

In a separate report released by Statistics New Zealand, the Food Price Index (FPI) data showed that food prices were down 0.2% on a seasonally adjusted basis in the month of April. The declines in April followed a 0.3% decline from the previous month. While fruit and vegetable prices rose 4.2% on the month meat, poultry and fish prices posted a drag, falling 1.7%.

The central bank also dismissed the soft 0.4% quarterly GDP growth in December and pushing the annual GDP growth rate to 2.7% and is expected to only rise 3% by the end of 2017.

The New Zealand dollar gapped lower at today’s open, falling around 66 pips after the RBNZ’s decision on interest rates with prices hovering near an 11-month low. The kiwi dollar touched a fresh 11-month low at 0.6817 earlier today before pulling back as the currency gave up the pre-RBNZ gains in anticipation of a hawkish tone from the central bank.

US Equities At All Time High; Europe & Asia To Follow?