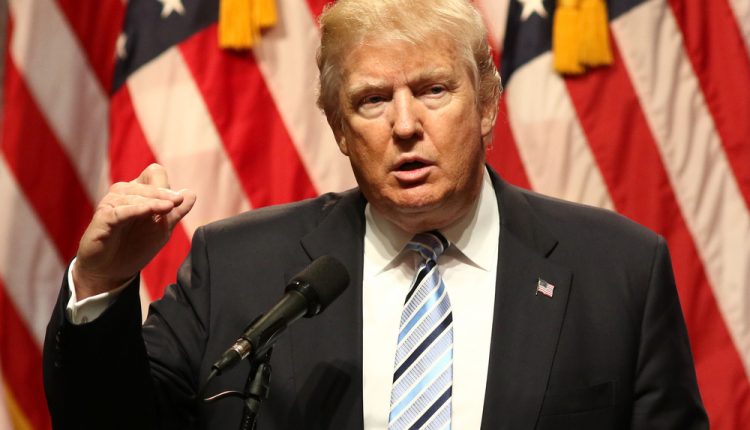 While the ripples from the executive orders passed during the first week of the Trump administration continues, the second week saw the US President Trump go after foreign currencies, specifically targeting Japan, China, and Germany.

Mr. Trump’s protectionist policies saw the administration lifting the stakes last week and going as far as suggesting that Japan, China, and Germany were benefiting from a weaker currency. “Every other country lives on devaluation,” the US President said at a meeting with executives from the U.S. pharmaceutical industry. “They play the devaluation market and we sit there like a bunch of dummies,” President Donald Trump said on Tuesday. His comments pushed the US dollar to a two-month low in the overnight session that followed.

China has been taking out massive amounts of money & wealth from the U.S. in totally one-sided trade, but won’t help with North Korea. Nice!

A US trade advisor, according to the Financial Times was also reported to have singled out Germany noting that the euro was “grossly undervalued” to gain an advantage over its trading partners including the US The comments prompted a rebuttal from officials in Germany, including Chancellor Angela Merkel who rejected the claims. The euro strengthened overnight on Tuesday.

Japan’s Chief Cabinet Secretary Yoshihide Suga had to once again reiterate the nation’s monetary policy regime noting that “[Japan] was not targeting exchange rates but it aimed at attaining a domestic price target,” in reference to the BoJ’s 2% inflation targeting strategy.

Suga said that Japan was committed to the principles of G20 and urged countries to refrain from competitive devaluation. The Japanese PM Abe also jumped in saying that he wanted to explain “how much Japan is contributing towards raising competitiveness and productiveness of the U.S. industries.” The Japanese Prime minister is expected to visit Washington on February 10th.

Tokyo and Washington were poised for a head-on collision last year when the yen strengthened sharply against the US dollar which was trading near the 100¥ levels for a significant amount of time, prompting speculation of intervention by Japanese authorities which was averted in the nick of time.

Trump: US dollar too strong

The President’s comment on the US dollar wasn’t new, however, as a few weeks before taking office, Mr. Trump called the US dollar “too strong.” He blamed China for holding down its currency. Mr. Trump was speaking to the Wall Street Journal saying, “Our companies can’t compete with them now because our currency is too strong. And it’s killing us.”

His comments sent the US dollar falling and sparked speculation on whether the Trump administration will abandon a decade-old policy of the US administration favoring a stronger dollar. Concerns on this were brushed aside by the then Treasury secretary nominee Steven Mnuchin, who during his confirmation hearings said that he unequivocally supported a stronger US dollar. “The US currency has been the most attractive currency to be in for very long periods of time. The long-term strength of the dollar, over long periods of time, is important,” Mnuchin said.

Germany, China, and Japan – Not new to the currency blame game

Although the comments on the respective currencies might have gained more than the usual attention from market watchers, the three countries named by Trump last week aren’t new to the US In fact last year in April, the US Treasury department’s semi-annual report on currency manipulation put China, Japan, and Germany on the watch list but stopped short of explicitly naming the countries. The April 206 report concluded that no major trading partner qualified as a currency manipulator. The April 2016 report by the US Treasury department on currency manipulation can be accessed from here.

However, the next report that was released in October 2016 saw a sharply toned down version as the report gave an assessment which was in stark contrast to the April 2016 report.

The US Treasury department said that authorities in China and Korea (which was also named in the April 2016 report) resisted the temptation to use their currencies to gain an export advantage. “Treasury has been working aggressively to address exchange-rate issues. This strategy has produced results,” the October 2016 currency report showed.

Many experts view the comments in the context of Trump’s protectionist policy of “America First.” Sean Callow, currency strategist at Westpac said that “It is increasingly clear that the Trump administration views any large bilateral trade deficit as the result of the U.S. being cheated. As such, Germany is joining China on the trade hit list and will surely stay there,” Mr. Callow said.

However, this chart from Bloomberg, published last week has a different story to tell.