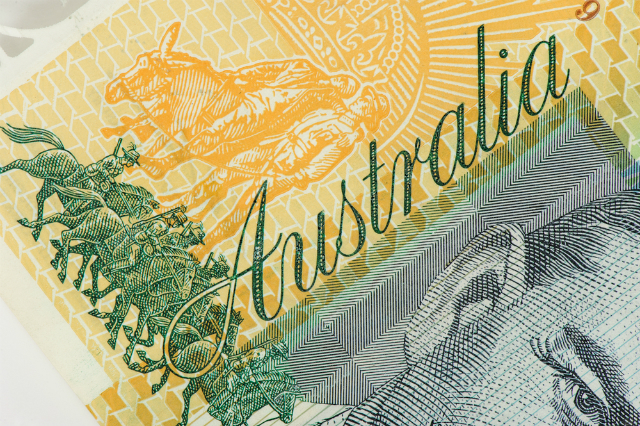 Australia GDP below forecasts in Q2 2016

The Australian economy expanded 0.50% in the second quarter, missing estimates of 0.60% increase, data from Australian Bureau of statistics showed on Wednesday. Despite the miss in forecasts, the second quarter GDP rose 3.30% on the year in the quarter ending June 2016 and up from 2.90% in the first quarter. It was the fastest pace of expansion in the annual GDP in four years and also posted a record 25 years of the Australian economy avoiding a recession.

Previous quarterly GDP data was revised to show the first quarter expansion at 1.0%, slightly lower than the initially reported 1.10%. ABS reported that final consumption expenditure increased 0.80% on the quarter, adding to 0.6 percentage points to the GDP while the terms of trade increased 2.30% on a seasonally adjusted basis.

The Australian dollar initially slipped on the news release but managed to post a recovery later on. Economists at RBC said that the modest 0.50% growth masks the firmer national income indicators suggesting better underlying economic health. RBC economists said, “[The report overall] is consistent with our base case for the RBA to remain on the sidelines for the rest of the year. Still, wages growth looks weak, which supports the RBA’s easing bias and a further cut in 2017.”

The data missed forecasts of a 0.30% decline and reversed the gains made in June. The economics ministry said, “Manufacturing companies remain cautious in light of sluggish activity in global export markets.” Manufacturing fell 2.30% on the month while capital goods production fell 3.60% from the previous month. Construction activity was the sole bright spot, rising 1.80% from June. On a year over year basis, Germany’s industrial production was down 1.20%.

Commerzbank analyst Ralph Solveen said, “We are unlikely to see any major contribution to German economic growth from the industrial sector in the third quarter.” German GDP growth slowed to 0.40% in the second quarter of 2016 after a surprising 0.70% expansion in the first quarter.

Industrial production posted a modest increase in July according to data from the UK’s Office for National Statistics on Wednesday. The gains came on increased production in the North Sea oil and gas which managed to offset the decline in manufacturing output.

The UK’s industrial output rose 0.10% in July, which was better than the economists’ forecasts of a 0.30% contraction. Mining and quarrying contributed nearly 0.61 percentage points to the 0.10% monthly growth in industrial production and was also the strongest growth in the sector since August 2015.

Factory output fell more than expected, contracting 0.90%, but energy production managed to limit the declines, rising 5.60%. ONS said that the increase in energy was mostly due to delays to annual planned maintenance on one of the North Sea oilfields, which otherwise would have slowed production.

The data confirmed the fact that in the immediate aftermath of the UK’s decision to leave the EU, sentiment in the manufacturing sector was hit strongly although latest surveys suggested a strong comeback. On a year over year basis, manufacturing activity expanded at a pace of 0.80%.

Posting a drag on manufacturing was a 5.60% contraction in the pharmaceutical production output which shaved of 0.30 percentage points off the expansion in production. ONS said that manufacturing output was the lowest since July 2015.

The British pound fell sharply on the news just after rising to a 2-month high yesterday.

“Second-quarter GDP was pulled down by the Alberta wildfires in May and by a drop in exports that was larger and more broad-based than expected. Exports disappointed even after accounting for weaker business and residential investment in the United States, adjustments in the resource sector, and cutbacks in auto production. The economy is expected to rebound in the third quarter as oil production recovers, rebuilding commences in Alberta, and consumer spending gets an additional lift from Canada Child Benefit payments,”  the BoC’s statement said.

The central bank maintained that inflation was roughly in line with its expectations with total CPI inflation below 2.0% target rate, mostly on account of temporary effects and lower consumer energy prices.

In a separate report, Canada’s Ivey PMI fell to 52.3 in July missing estimates of 55.5 and down from 57.0 in June. USDCAD was seen rising to session highs at 1.2825 following the release of the BoC’s rate decision and the Ivey PMI data.