USOIL Final Leg of the Bullish Impulse could have Just Begun 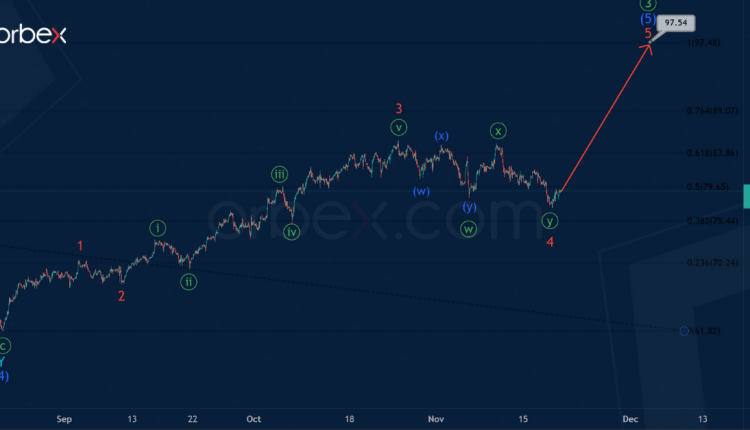 We can assume that USOIL is currently developing a global upward impulse. This includes the primary wave ③.

The current chart shows the final part of the primary third wave, where we see the complete correction wave (4) of the intermediate degree. This wave is in the form of a double zigzag W-X-Y.

After the completion of the correction (4),  the market began to rise in the final intermediate wave (5). This took the form of a 5-wave impulse consisting of minor sub-waves 1-2-3-4-5, as shown in the chart. 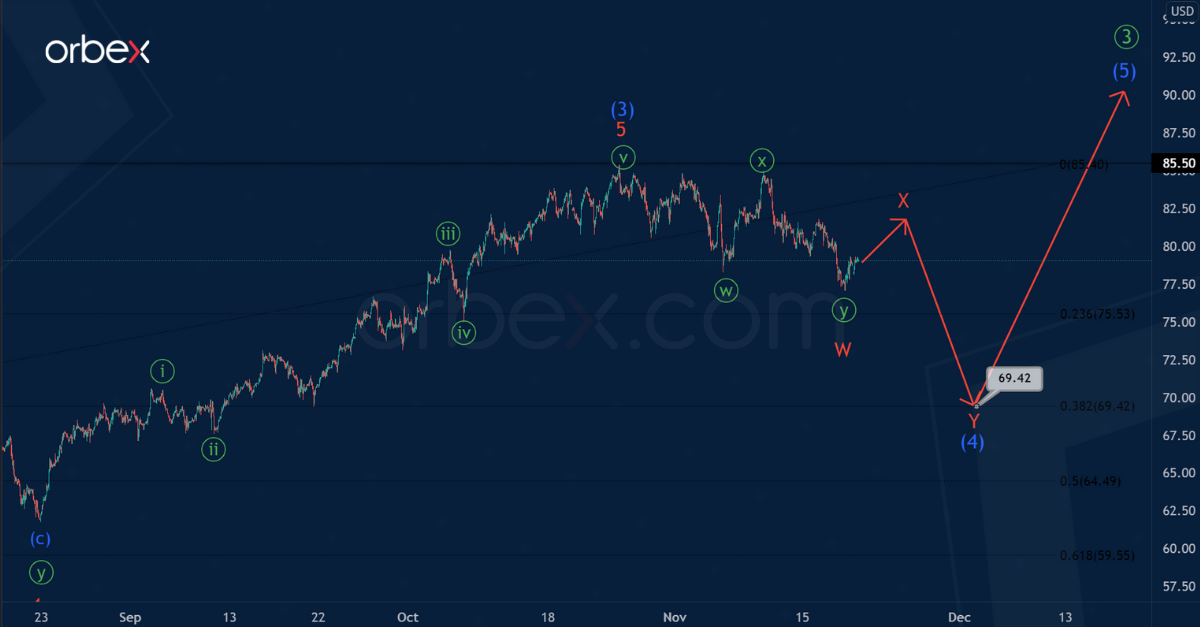 An alternative scenario suggests that the intermediate correction wave (4), which is part of the primary third wave, is not complete yet.

We can assume that the impulse movement in the bullish intermediate wave (3) has just recently ended. And the intermediate correction (4) is still developing.

After reaching the specified price mark, the market may rise above the maximum of 85.50. This level was marked by wave (3).