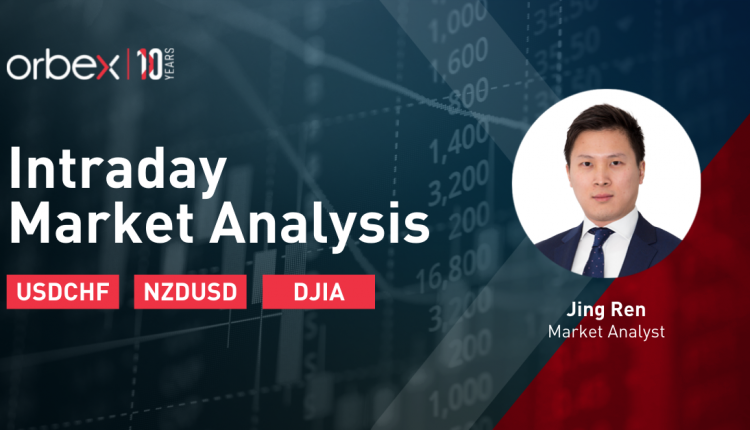 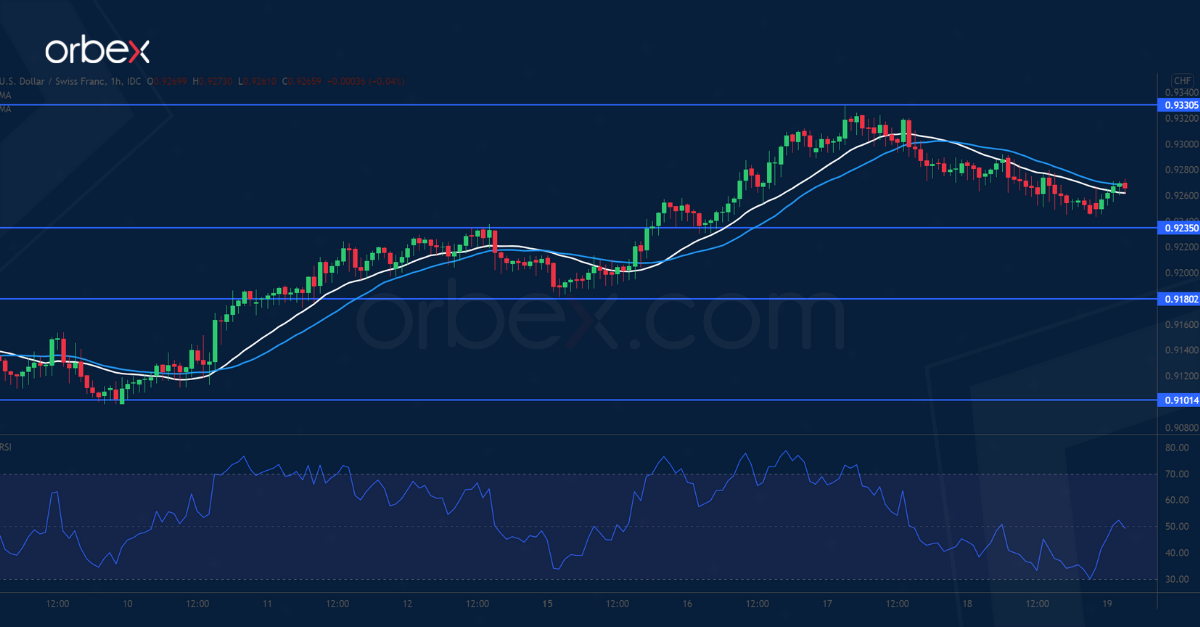 The US dollar stalled after weekly jobless claims came in higher than expected. The pair’s attempt above the daily resistance at 0.9310 suggests that the bulls may have gained the upper hand.

Intraday buyers’ profit-taking led by the RSI’s overbought situation has caused a limited pullback. Buyers may see dips as an opportunity to get in at a discount. Bids could be around the resistance-turned-support at 0.9235.

0.9330 is a fresh resistance. And its breach may trigger an extended rally towards last April’s peak at 0.9450. 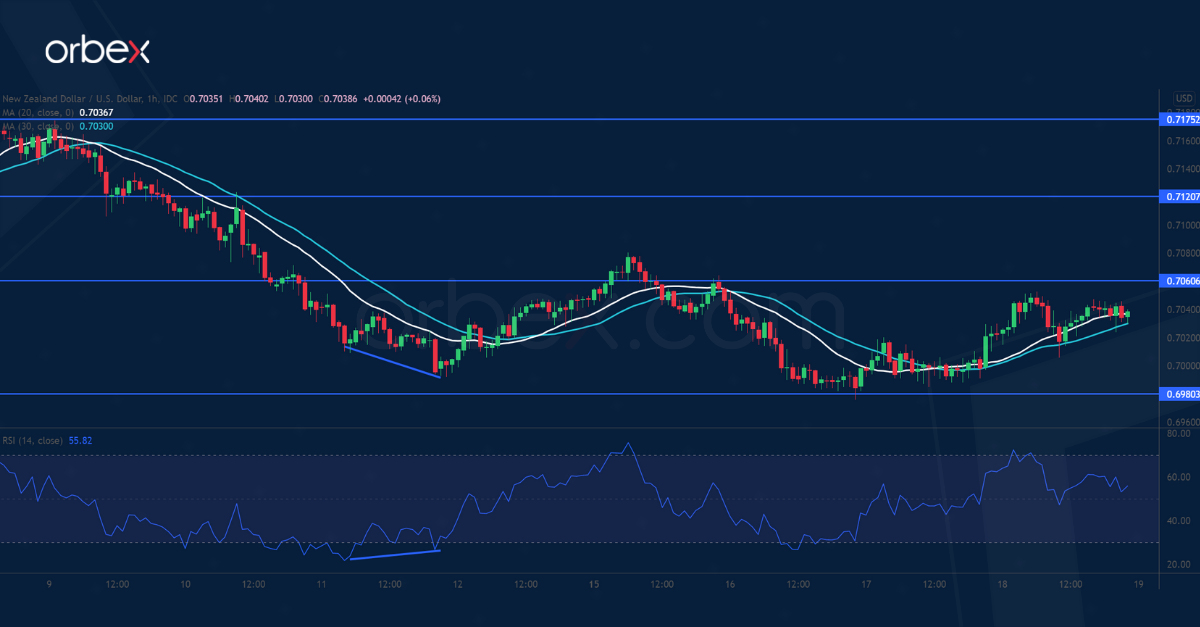 The New Zealand dollar inches higher as traders are positioning for an RBNZ rate hike next week. From the daily chart’s perspective, the pair has bounced off the demand zone near the psychological level of 0.7000.

A bullish RSI divergence indicates a slowdown in the bearish momentum, a sign that sentiment could be turning around. An oversold RSI has attracted buying interest.

US30 struggles to rally back 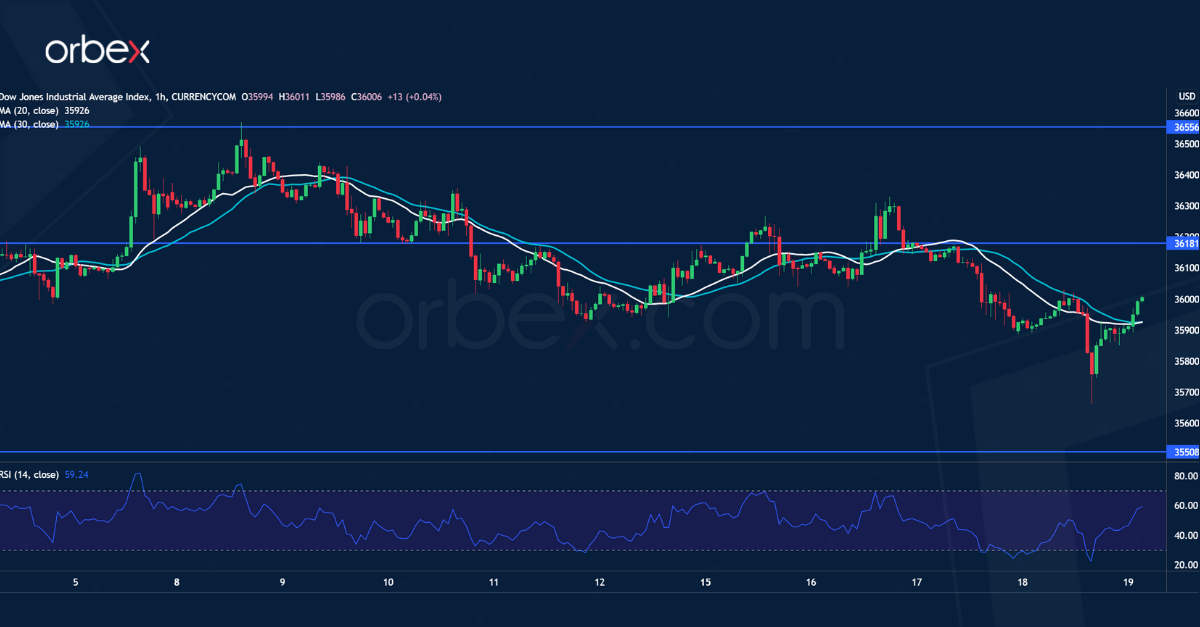 The Dow Jones is under pressure as investors fear that inflation could choke off economic recovery.

The index has been struggling to reclaim the landmark 36000, which coincides with the 20-day moving average. The faded rebound suggests exhaustion after a month-long breakneck rally.

The RSI’s double-dip into the oversold area has attracted buying interest. Though buyers may stay cautious unless the first resistance at 36180 is lifted. On the downside, the previous peak at 35500 has turned into the next support.

Price and Consumer Activity for Japan, the UK, and Canada