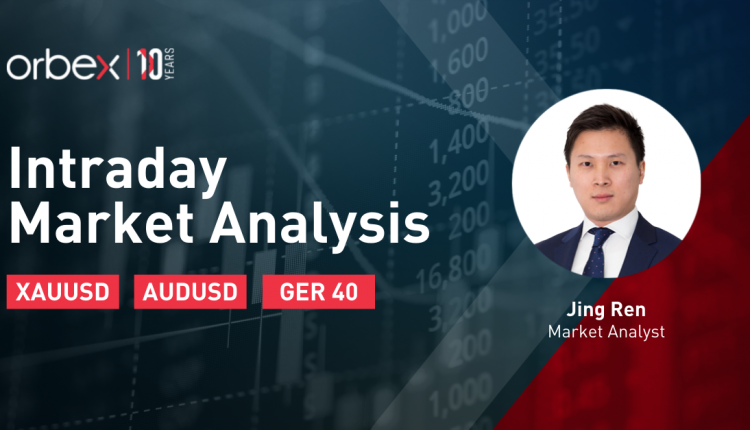 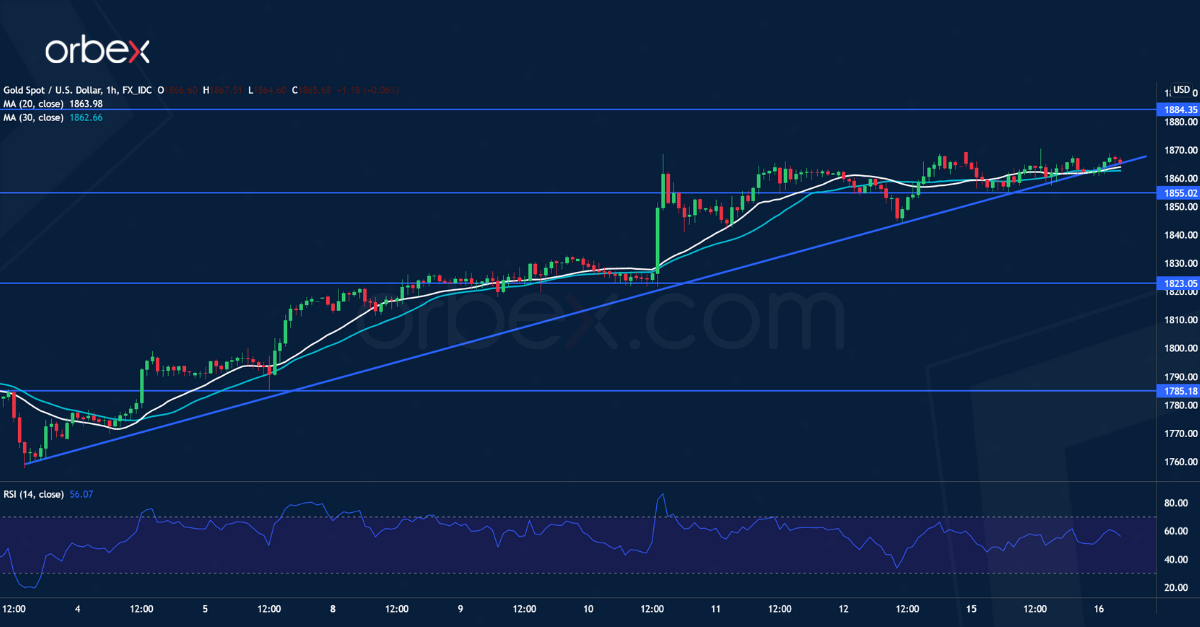 Gold continues on its way up as investors seek to hedge against inflationary pressures. The rally picked up steam after a break above the triple top at 1833. Price action is grinding up along a rising trendline.

The bulls are pushing towards 1884, a major resistance where last June’s sell-off started. Strong selling pressure is possible in that supply zone as short-term buyers may take profit and reassess the directional bias.

1855 on the trendline is the first support. A bearish breakout may trigger a correction to 1823. 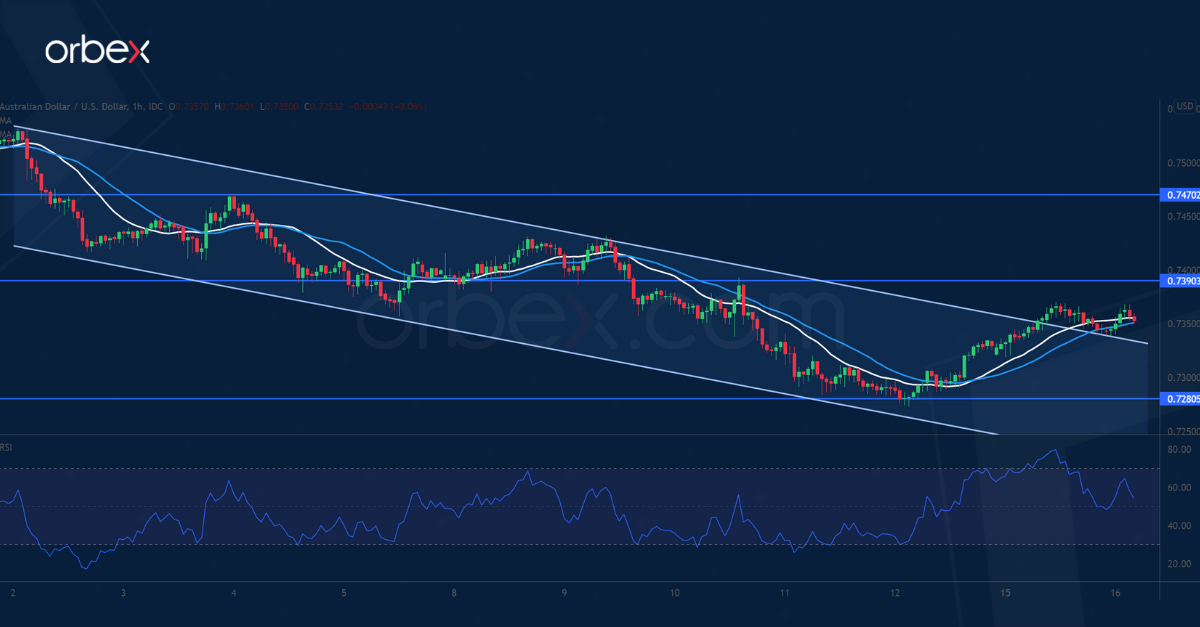 The Australian dollar softened after the RBA minutes reiterated that there will be no rate hike until 2024.

The pair has found buying interest at the base of October’s bullish breakout (0.7280). A break above the falling channel indicates that sentiment could be turning around.

0.7390 is a key resistance and its breach could prompt sellers to bail out. In turn, this would raise volatility in the process. Traders may then switch sides in anticipation of a reversal. An overbought RSI has so far limited the upside impetus. 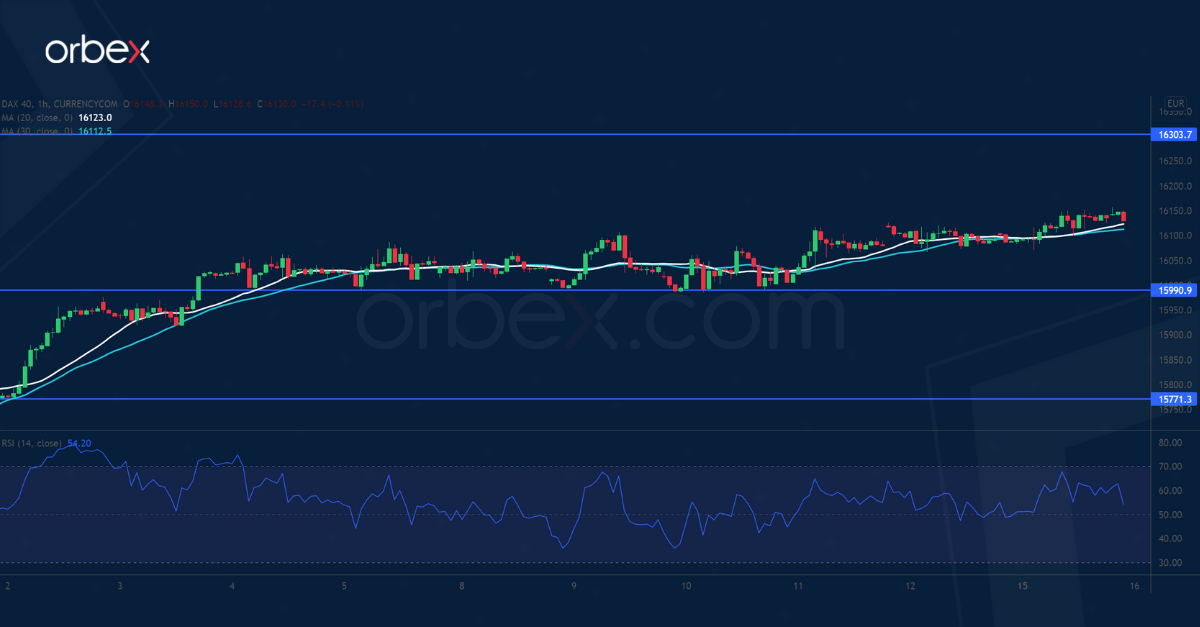 The index is seeking to consolidate its recent gains after it cleared the previous peak at 15990 which has now turned into support. Sentiment remains optimistic and 16300 would be the next step.

An overbought RSI on the daily chart may temporarily put the brakes on the bullish fever. But a pullback may once again attract a ‘buying-the-dips’ crowd above 15990. A deeper correction may send the price towards 15770.