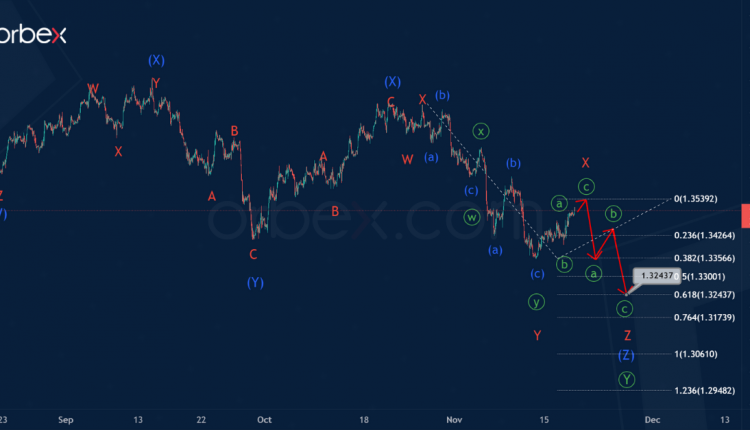 The formation of the GBPUSD currency pair suggests the development of a large double zigzag consisting of primary sub-waves Ⓦ-Ⓧ-Ⓨ.

The assumption is that the wave (Z) takes the form of a triple zigzag, for the end of which minor sub-waves X and Z are necessary. Soon, the intervening wave X could come to an end, and then there could be a fall towards the 1.324 level. 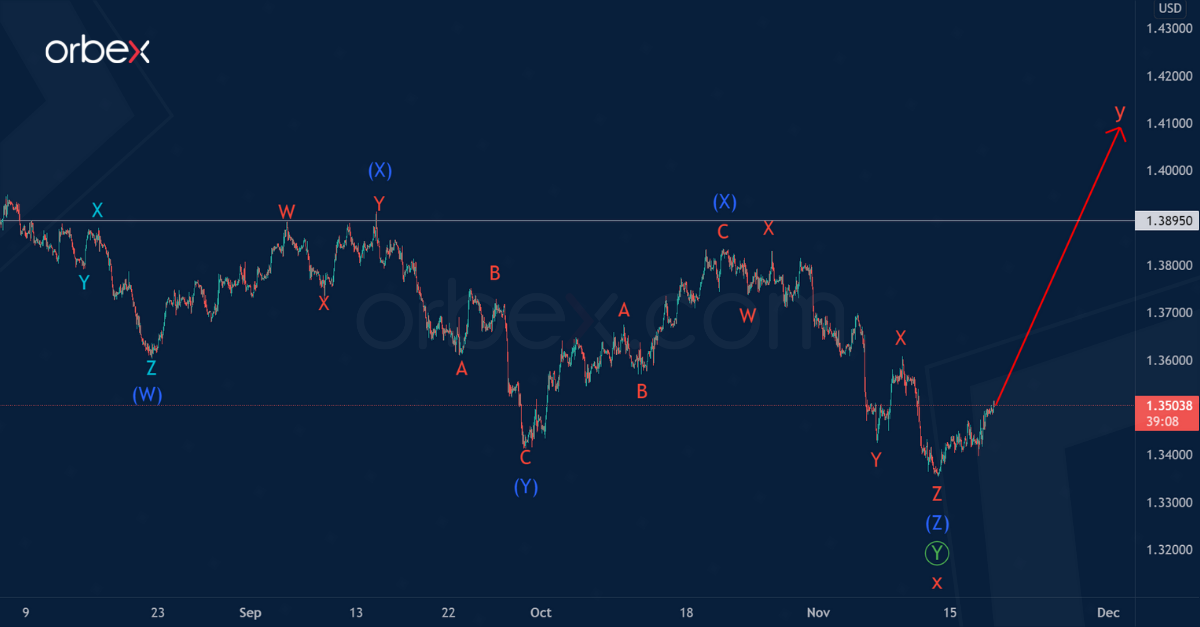 An alternative scenario shows the primary double Ⓦ-Ⓧ-Ⓨ zigzag and that the intervening wave x of the cycle degree has ended.

Thus, the ascending section that has been built in recent days could indicate the beginning of the development of a cycle actionary wave y.

The upcoming bullish growth could reach the level of 1.389. After the price reaches the specified price level, the rate could continue to rise even higher.