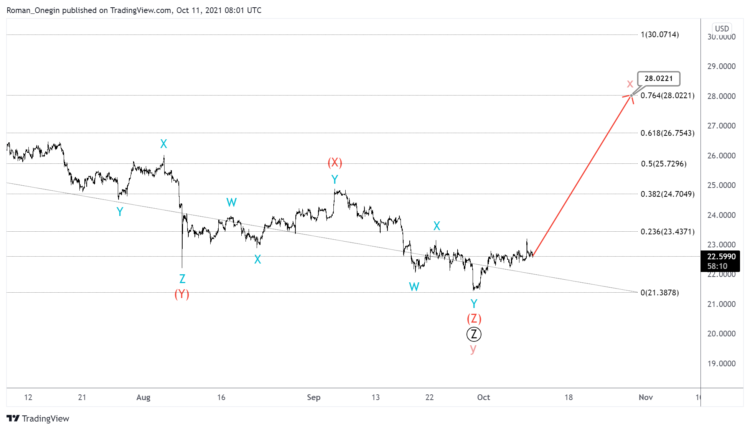 A correction trend is being built on XAGUSD. A global triple zigzag is developing, in which a cycle wave y has been forming for about six months. It took the form of a triple zigzag Ⓦ-Ⓧ-Ⓨ-Ⓧ-Ⓩ.

At the time of writing, the initial part of the cycle intervening wave x is under development. It is difficult to say exactly what form it will take, but the wave could continue to the level of 28.02.

At the specified price level, wave x will be at 76.4% of cycle wave y. This is a frequent coefficient in zigzags. 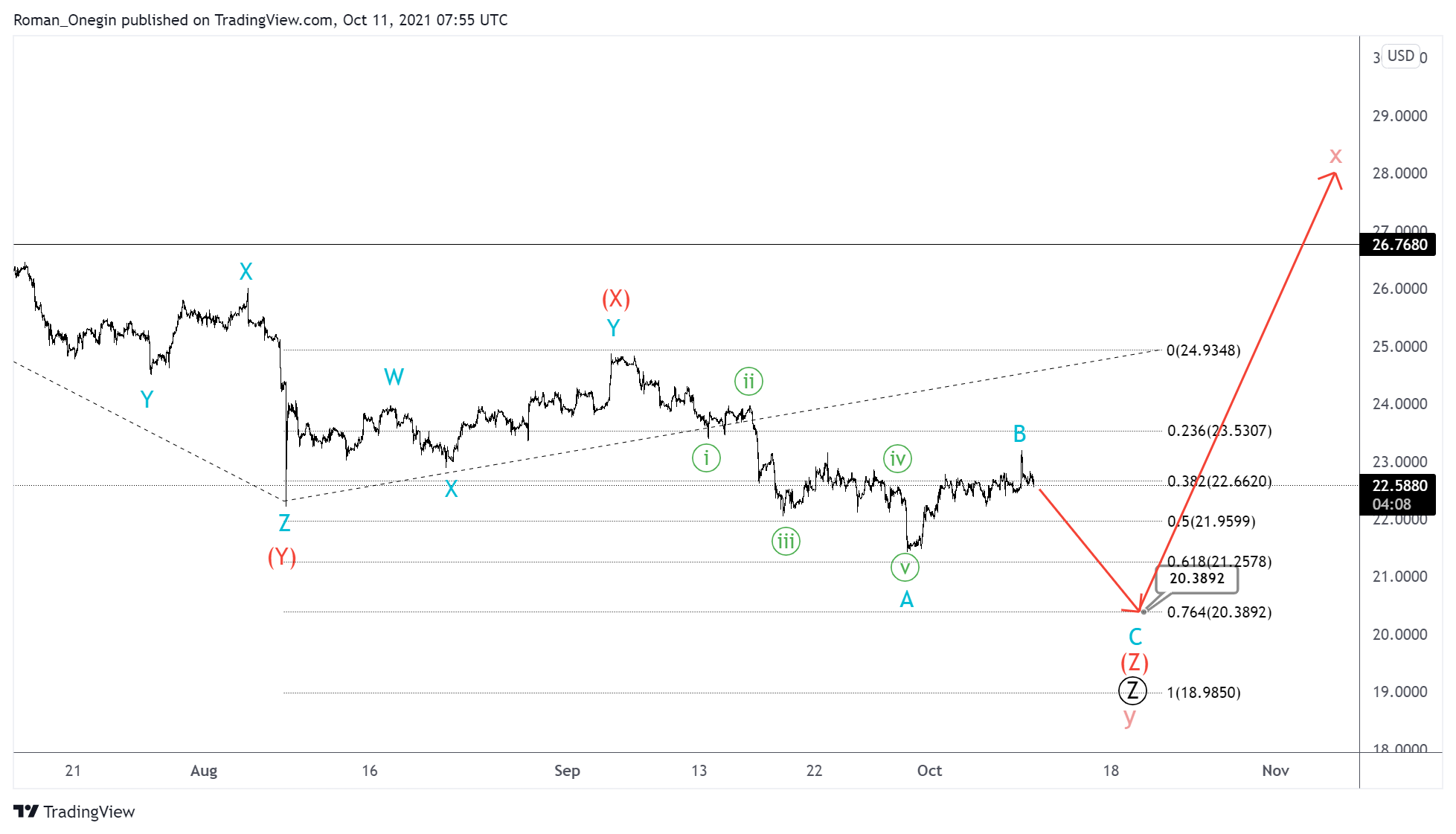 However, the market may continue to move in a downward direction within wave y.

In the last section of the chart, we see that the formation of a bullish wave (X) in the form of a double zigzag has ended. Then prices started declining in the intermediate actionary wave (Z).

Wave (Z) takes the form of a minor simple zigzag A-B-C, where impulse A and correction B have already been built.

UK Employment, and a Shift for the BOE?