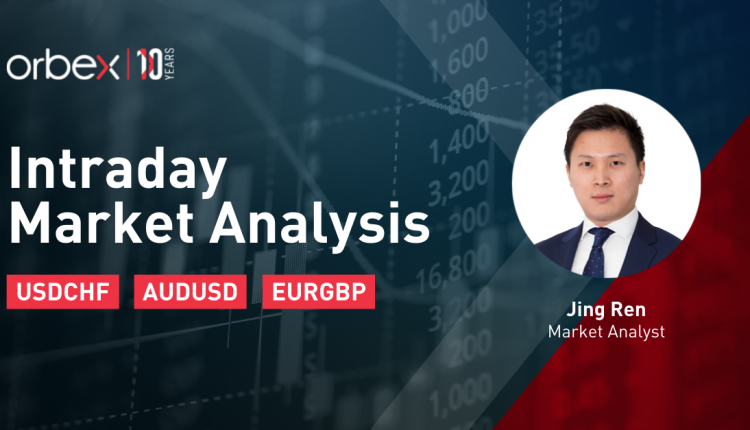 The US dollar eased after the FOMC minutes failed to pinpoint the first rate hike next year. The drop below 0.9280 was a sign of profit-taking after the RSI showed that the rally had overextended.

The pair has then found support along the 20-day moving average (0.9220). This is a major level for the bulls to keep the uptrend intact after a short-lived bounce revealed weakness.

The Australian dollar rallied after the unemployment rate fell to 4.6% in September. The pair has met stiff selling pressure near 0.7480, a supply zone from the sell-off in early September.

The RSI’s double top in the overbought area and its bearish divergence are signs of exhaustion. This has led cautious buyers’ to take some chips off the table with a drop below 0.7335.

0.7290 would be the support to monitor in case of a pullback. On the upside, a greater high would pave the way for September’s peak at 0.7460.

The pound inched higher after Britain’s GDP returned to positive territory in August. The euro, on the other hand, has fallen victim to the selling pressure after it broke below 0.8530.

Price action is heading to 0.8450, a daily support from the August rally. To the bulls’ relief, the RSI’s divergence shows a slowdown in the bearish impetus.

They will need to lift 0.8520 before they could attempt a reversal. Failing that, a breakout below the said floor would trigger an extended sell-off towards 0.8360.